On Friday, Google announced that starting next week, it would lower the search results generated by websites if they have a large amount of valid copyright removal notices. It's an effort that was created in part to stop the idea that Google encourages copyright violations in order to generate high search results, and make some money via ads in the process.

Now some are questioning how Google's new search paradigm will affect one of the company's own divisions, YouTube. SearchEngineLand.com points out that there are a ton of videos on the site that violate copyrights and frequently turn up in Google's search results. 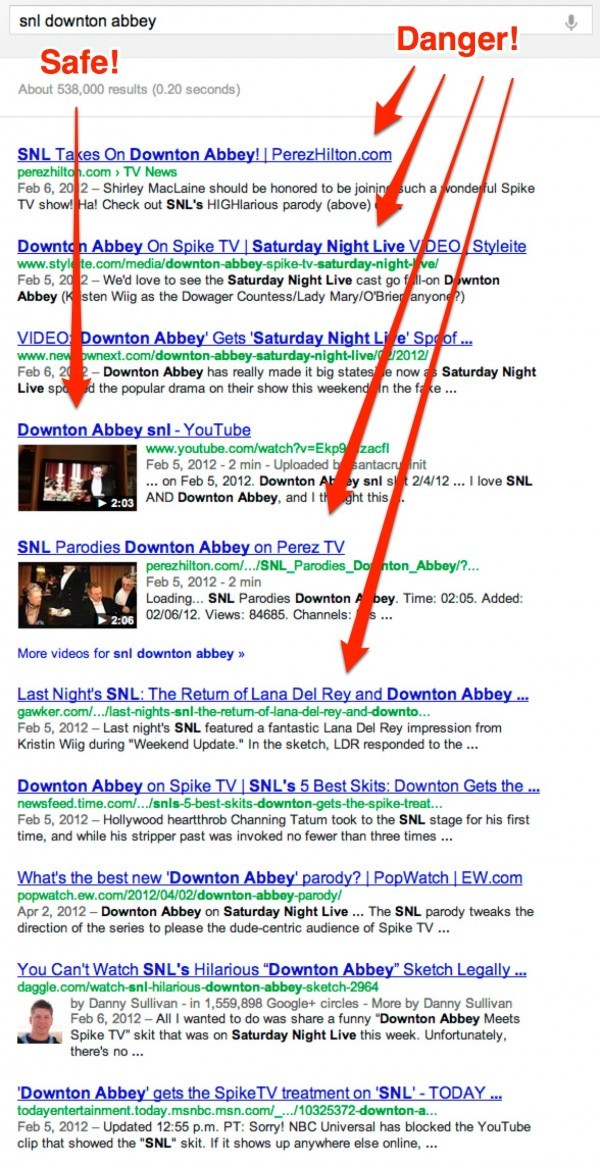 It brings up an example with Saturday Night Live's recent Downton Abby spoof, which was quickly uploaded on YouTube after it aired on NBC live on the East Coast (It didn't appear on the taped West Coast feed and it never appeared officially on the SNL website). YouTube links to the video later showed up in Google's search results, often ahead of websites that hosted the "pirated" video themselves.

YouTube also has its own copyright dispute forums, separate from those used by Google. While the video remains unavailable if such a request is granted, the page is still posted and can still appear in Google's search results.

When asked, Google's response to the questions raised by the SearchEngineLand.com article is, "We’re treating YouTube like any other site in search rankings. That said, we don’t expect this change to demote results for popular user-generated content sites." We will soon see if Google demotes its own YouTube videos from search results next week.