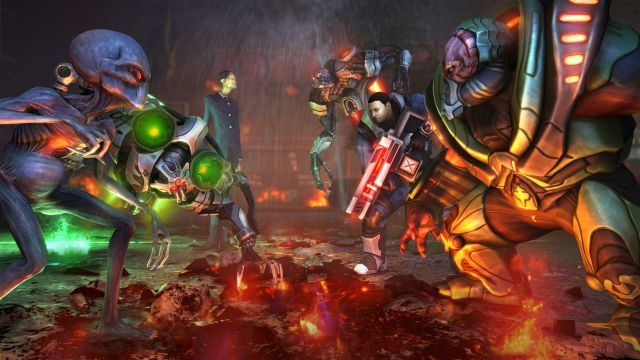 Previous games in the old X-Com turn-based strategy series were strictly single player affairs. That won't be the case for XCOM: Enemy Unknown, the upcoming revamp of the series from developer Firaxis Games and publisher 2K Games. The publisher announced this week that the game would have a multiplayer mode, specifically one where two players would go head to head in a deathmatch battle.

In a preview on GameSpy.com, the mode will allow players to select up to six units, and they can come from either the human or alien side in the game. Humans can also fight alongside aliens on one team. Each player gets 10,000 points to spend on their team. Each unit costs points and the human side can also be augmented with more weapons and items (aliens don't require this).

You are unaware of what your opponent's team will look like until the match begins and you see their units on the map. From the sounds of it, this will be a multiplayer mode that stays true to the spirit of the original X-Com's single player campaign.

The revamped XCOM: Enemy Unknown will be launched for the PC and other platforms on October 9th. You can also check out a newly launched website for the game.