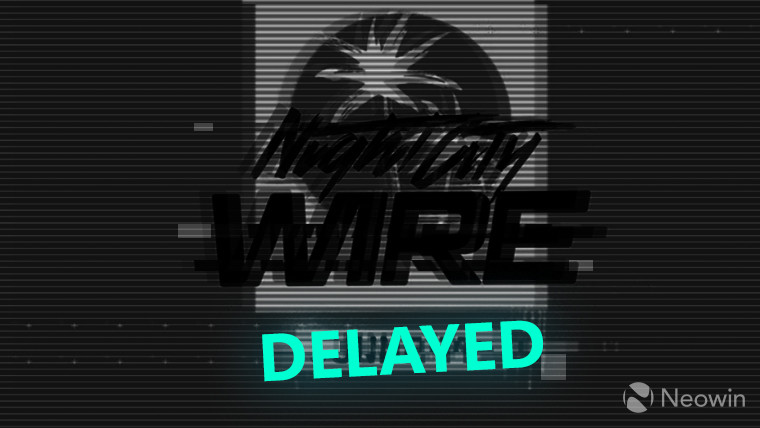 Night City Wire, the digital event during which developer CD Projekt RED was to show "stuff" related to Cyberpunk 2077, has been delayed.

The official Twitter handle for the game echoed the sentiments of EA, Google, and Sony in regards to the death of George Floyd and the ensuing protests it sparked. The statement reads:

We decided to move Night City Wire to Jun 25th. We still look forward to sharing new information about CP’77, but more important discussions are happening right now and we want them to be heard. We wholeheartedly stand against racism, intolerance and violence. Black Lives Matter.

Connected to the entire Summer Game Fest initiative from host of The Game Awards Geoff Keighley, Night City Wire was initially going to take place on June 11, but has now been shifted towards the end of the month, on June 25.

The title is still very much on track for its September 17 release, though it's unclear how the delay of the event will affect the limited-edition Xbox One X bundle rumored to be available this month.

While the next CD Projekt RED RPG is still a ways away, you can check out a small glimpse of the customized Reaver vehicle in The Badlands - a territory outside the game's metropolis of Night City -, which was recently shared, also via Twitter.