What with all the rumors floating around for the upcoming flagships of Samsung, Sony and HTC, it's easy to forget that the mid-range handset plays a very important part for the consumer as well; and this is where the HTC Desire 626 comes in, of which further info has leaked online. 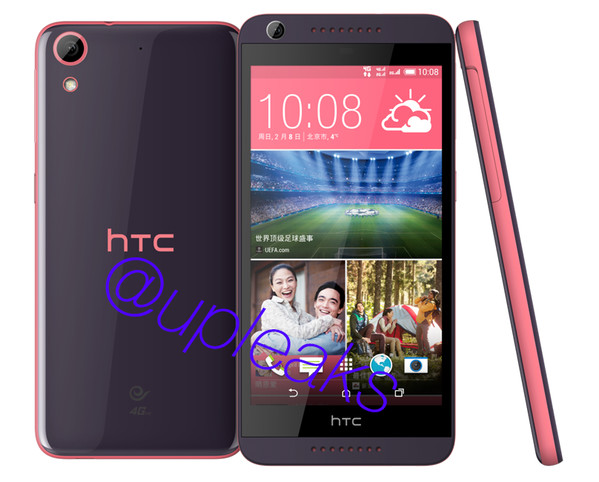 Upleaks posted a few images of the new HTC Desire a couple of weeks ago, but now we have some specs to share on the device. Ubergizmo, citing unnamed sources have captured its registration to China's Telecommunication Equipment Certification Center, or TENAA for short, which is the equivalent of the FCC in the US.

The Desire 626 will feature a 5-inch screen (type unknown) with a resolution of 720x1280, which places it in the mid-range tier. It's also said to ship with KitKat 4.4.4, but the site claims that Loilipop 5.0 will arrive quickly on the device.

Under the hood, there's an octa-core MediaTek processor that has been clocked at 1.7GHz, accompanied by 1GB RAM and 8GB of internal memory which can be expanded using a microSD memory card. LTE connectivity is also part of the deal. Up front there's a 5MP selfie shooter and a 13MP camera on the back with a flash.

Not much else is known about the device, including pricing and availability but it could make an appearance at Mobile World Conference which takes place in Barcelona between 2-5 March.