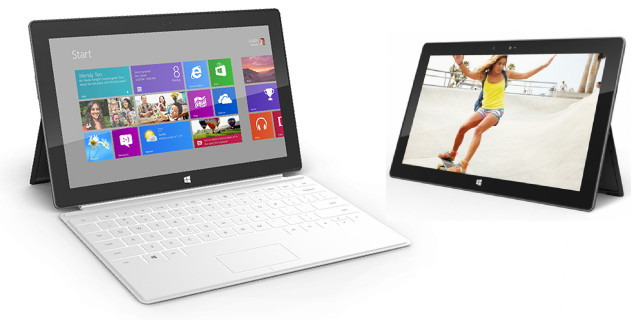 Could Surface be about to get a little brother?

Microsoft currently sells two tablets, the Surface RT and the Surface Pro. Both are in the 10-inch class of devices but what if you wanted a smaller tablet, say something in the 8-inch category?

Well, if Digitimes is correct, Microsoft will announce a new 8in device in June, likely at their BUILD conference which is held at the end of the month. It has long been suspected that Microsoft would release a smaller device, and it seems that we're also likely to hear about many other 8-inch tablets running one of Microsoft's operating systems at Computex, which is held in early June.

The 8-inch Surface will use touch panels supplied by Samsung Electronics and Nvidia-developed processors, and Taiwan-based ODM Pegatron will be responsible for production, the sources said.

While Digitimes is typically off the mark when it comes to rumors, the publication did accurately predict that Microsoft would be heading into the tablet market nearly a year before the Surface was announced. In addition, we have heard previous rumors that Microsoft was working on an 8-inch device for the Surface family. Rumors also persist that the company is working on an 'Xbox Surface' tablet, with a focus on gaming and entertainment consumption.

It would seem clear that Microsoft is building an 8in Surface tablet but the big question will come down to cost. Microsoft will need to put the price close to that of the iPad Mini to remain competitive with Apple, which currently commands the lion's share of the market.