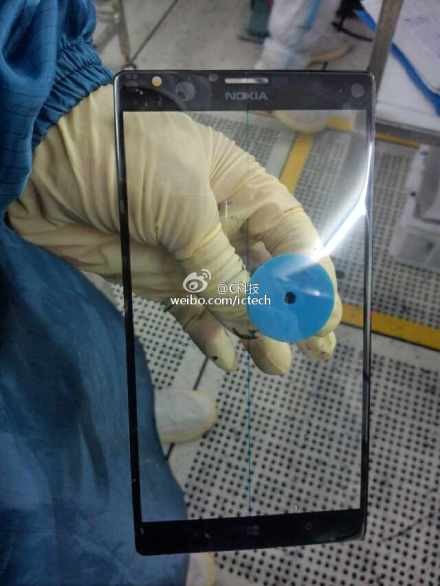 Nokia may be releasing a 'phablet' hybrid device under the Lumia brand, as an alleged display panel has been photographed during manufacture. With an extremely thin bezel and a size of around 6-7 inches, this device may be a direct competitor to the Samsung Galaxy Note or Mega, if it runs Windows Phone, rather than Windows 8/RT which is suited for even larger displays.

The image shows a standard Windows Phone button configuration, and space for a front facing camera in addition to an earpiece, suggesting that this will in fact be marketed as a phone, rather than a tablet.

Chinese tech news site ICTech published the image while reporting that the device is currently in mass production. To be competitive, it is likely that Nokia's first foray into larger screen sizes will have a resolution capable of 1080p, like the recently announced new Nexus 7, and come with the Windows Phone 8 GDR3 update.