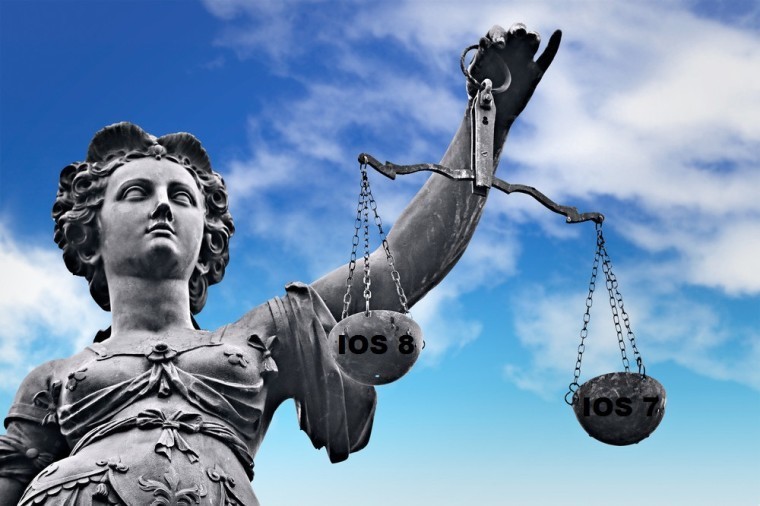 The DOJ isn't ready to give up on using any and all legal means to get Apple to unlock one of its smartphones belonging to a Brooklyn meth dealer. On February 29, a NY judge ruled that the company can't be forced to do so, setting a precedent on how much weight the All Writs Act carries in this type of case.

While not directly related to the San Bernardino case, the prosecutors are trying to use the same legal tactic, relying on an expanded interpretation of the All Writs Act, which has not been updated for the realities of the present day for over a century now.

In a filing made on Monday, the DOJ asked District Court Judge Margot Brodie to hear the case, citing the decision in the California case as evidence that the Cupertino giant can be compelled to unlock the meth dealer's iPhone 5S using the same act, and even more so as it runs iOS 7, which doesn't feature the same level of encryption as newer versions. However, Apple disagrees with them, and told Engadget that:

Judge Orenstein ruled the FBI's request would 'thoroughly undermine fundamental principles of the Constitution' and we agree. We share the Judge's concern that misuse of the All Writs Act would start us down a slippery slope that threatens everyone's safety and privacy.

The DOJ also claims that Apple has agreed to crack iPhones running prior versions of iOS in the past, and that this case shouldn't be any different, but we'll have to wait and see if Judge Brodie will be persuaded to hear the case.

In the meantime, you may be interested to read this piece on why it's important that Apple refuses to make an iPhone backdoor for the FBI, and how even other tech giants are showing their support for Apple's decision.

Editor's note: An earlier version of this article inaccurately stated that Apple had previously agreed to unlock iPhones in the past.