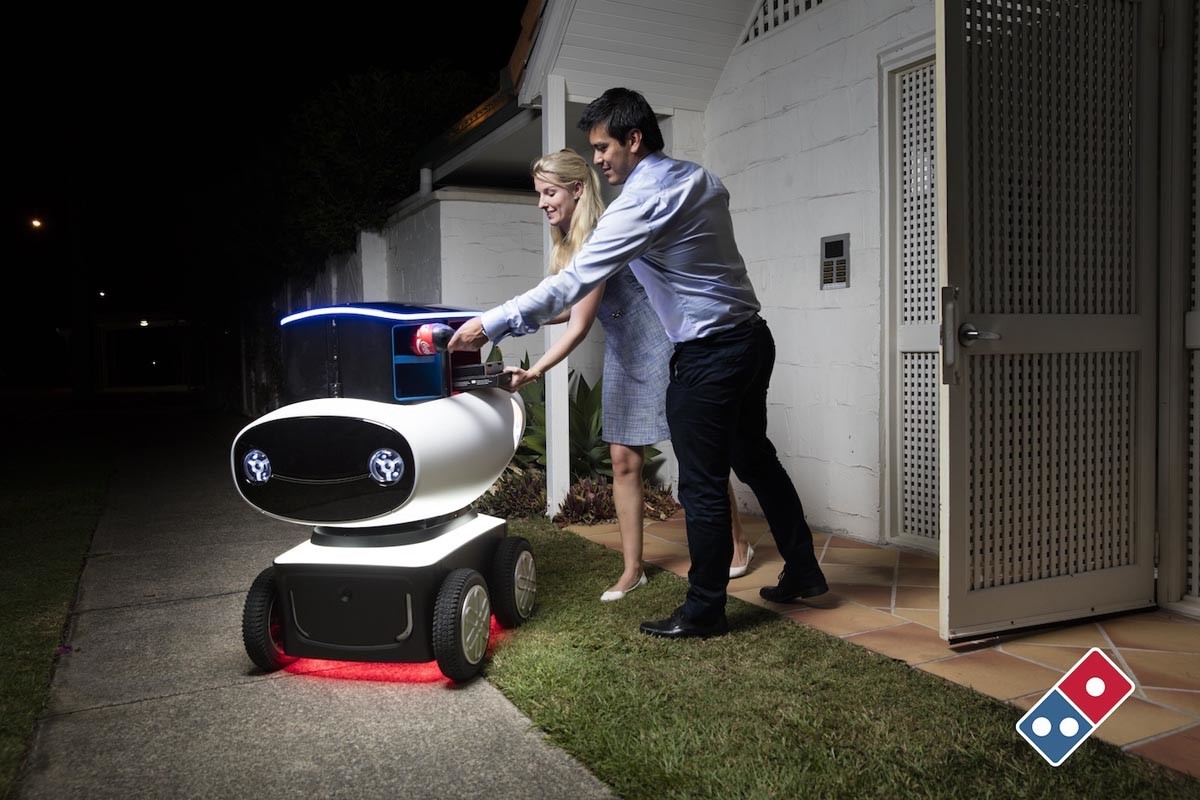 Is the world turning upside down? As Google scales back its plans for robotics research, an unlikely innovator has thrown its pie into the ring. Domino’s Pizza has developed a prototype autonomous delivery robot.

Named the DRU (Domino’s Robotic Unit), the diminutive four-wheeled roller is sleek and friendly, with a male voice to interact with customers. Because of its size and limited speed, Domino’s intent is not to replace human delivery personnel. Instead, DRU will augment cars, bicycles and motorcycles in the delivery mix. It’s easy, for example, to envision a self-driving car delivering pizza in the future, with a DRU sliding out of the vehicle to deliver food to the building.

Here's a fun video introducing the "autonomous pizza delivery vehicle," showing how it works and the various designs that were under consideration.

According to LifeHacker, testing has begun in Australia where the robot was developed in partnership with Marathon Targets, a military and law enforcement hardware company. While DRU is currently testing on restricted streets in the state of Queensland, Domino’s expects regulation-clearing to take two years. New Zealand has also signed up to test the new delivery bots.

Domino’s has been on the cutting edge of integrating modern technology to make ordering food easier. Cortana integrated the pizza chain, while Domino’s has consistently supported its app on Windows Phone and Mobile. Customers in select countries can order pizzas via Twitter and SMS emoji, and Amazon’s Alexa supports ordering in the U.S.