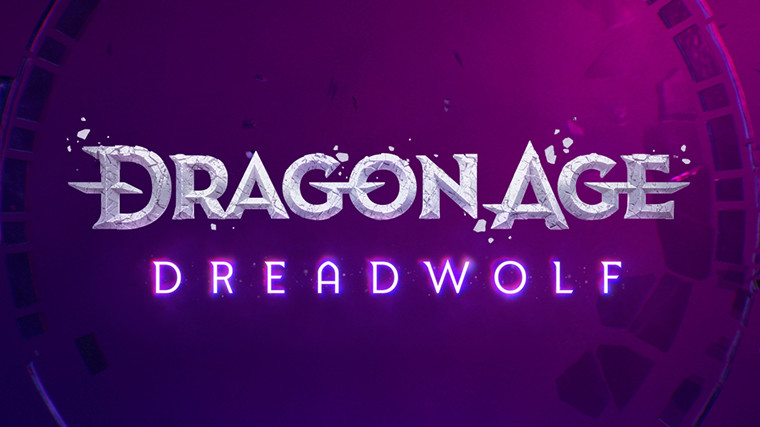 BioWare has been teasing a new Dragon Age game since 2018, and while the developer is not yet ready to show off the highly anticipated project, it did reveal the game's name today: Dragon Age: Dreadwolf.

Fans may recognize the Dread Wolf name as badge given to Solas, who will be the main antagonist in the new entry. Here's how the studio described the returning figure in today's reveal:

Solas, the Dread Wolf. Some say he might be an ancient elven god, but some say not. Others say a betrayer of his people…or a savior who now seeks to rescue them at the cost of your world. His motives are inscrutable and his methods sometimes questionable, earning him a reputation as something of a trickster deity—a player of dark and dangerous games.

BioWare assured players diving into the Dragon Age universe for the first time with Dreadwolf that they won't need deep knowledge about Solas' past transgression to enjoy the upcoming experience.

A multiplayer side may not appear in this entry either. According to a report by Bloomberg, after pressure from BioWare leadership, EA had allowed the studio to remove all multiplayer and live-service elements from the RPG. These canceled elements would have made up a large portion of the package, per the source, with developers calling the project "Anthem with dragons" before the pivot towards a fully single-player experience.

The fantasy RPG series has so far had three entries, starting with Dragon Age: Origins in 2009, Dragon Age II in 2011, and the last one being Dragon Age: Inquisition in 2014. Unfortunately, even with recent developments, fans won't get to play the new entry this year.

Dragon Age: Dreadwolf does not have a launch date yet, but BioWare confirmed today that a 2022 launch is out of the question. Platforms have not been announced yet either, but a PC, Xbox Series X|S, and PlayStation 5 release is likely. Alongside the new Dragon Age, the EA-owned studio is also in the middle of producing a brand-new Mass Effect game. This unnamed entry also does not have a release window attached to it.