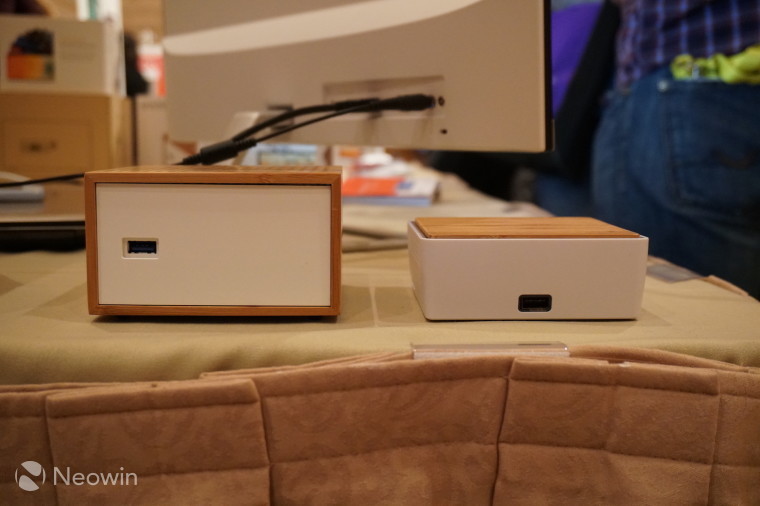 When it comes to CES, there is an endless amount of press releases weeks prior about products that get unveiled during the convention. While "endless" can seem a bit daunting at times, 'Endless' is quite the opposite, as it is a company aiming to introduce a new kind of computer to the US market.

For those unfamiliar, Endless is a company, that for the past several years, has built a Linux-based OS, and more recently, a PC for emerging markets. The last time it debuted a product was on Kickstarter, and looked quite a bit different than what was being shown at this year's CES.

According to the folks at Endless, their goal this year is to properly enter the US market. What does that mean? It means that the firm spent time designing a PC that would work for most families and look aesthetically pleasing in the home. For the US consumer, this means that starting January 16, you can choose from two options: the Mission Mini and the Mission One.

The Mission Mini is a more basic PC device that is powered by a quad-core ARM processor, 2GB RAM and offers 64GB of storage space. The PC also has the usual I/O ports like USB, 3.5mm headphone jack and Ethernet. Those looking for a bit more power will want to consider the Mission One, which offers an Intel Celeron processor, 2GB RAM with room to upgrade, 500GB of hard drive space, and the usual ports like USB, Ethernet and more. Both PCs will run Linux-based Endless OS.

By now, you're probably scratching your head and wondering "what's up with the meager specifications"? While you're absolutely right that they aren't the world's most powerful PCs, they are offered at a price point that makes it accessible to most. The Mission Mini is offered at a price of $129, while the Mission One costs a bit more at $249.

Furthermore, Endless will be launching a platform later this year called 'Endless Code'. Endless Code will be a new kind of learning experience for those that want to learn about coding.

Endless Code aims to engender a spirit of inquisitiveness, remove fear and send people to the best resources possible. With the click of a button, apps rotate in 3D to reveal the code that powers them. With character-based chatting, kids are brought into a world of hackers and fantasy. Endless is partnering with and curating the best coding resources and development tools. By exposing the open Linux architecture, aspiring hackers can modify code at any level — from modding games to diving into the heart of the operating system itself. The community shapes the very platform they are using.