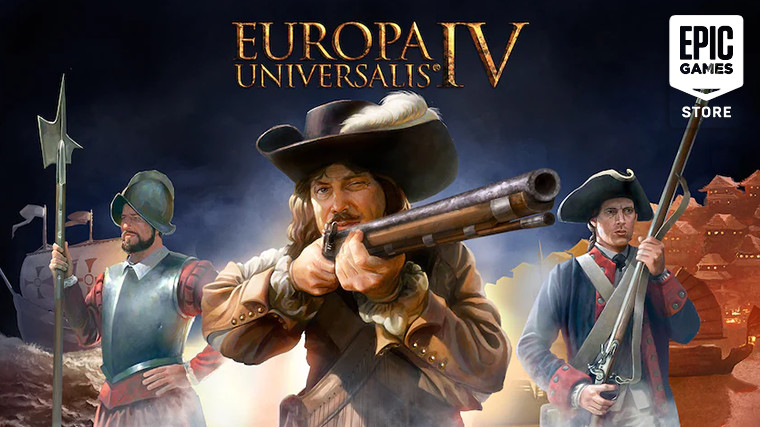 Epic Games Store's weekly rollout of free games has now delivered Europa Universalis IV. All that's required to claim the game is an Epic Games account, and it takes over the freebie slot from last week's The Escapists.

Developed by Paradox and launched in 2013, Europa Universalis IV is a historical grand strategy game where players can build and rule a nation from the late Middle Ages (1444AD) to the early modern periods (1821AD) by balancing exploration, trade, warfare, and diplomacy. Keep in mind the giveaway is for the base game only, with a whole slew of expansions and DLC available for purchase separately.

Here's the game description straight from the developer:

Paradox Development Studio is back with the fourth installment of the award-winning Europa Universalis series. The empire building game Europa Universalis IV gives you control of a nation to guide through the years in order to create a dominant global empire. Rule your nation through the centuries, with unparalleled freedom, depth and historical accuracy.

Epic is offering both Windows and macOS versions of the game for free, but there is a Linux port available on Steam, which currently comes in at $39.99. Here are the minimum system requirements.

Europa Universalis IV is yours to claim from the Epic Games Store through October 7. To replace it, PC Building Simulator is slated to land on the same date.