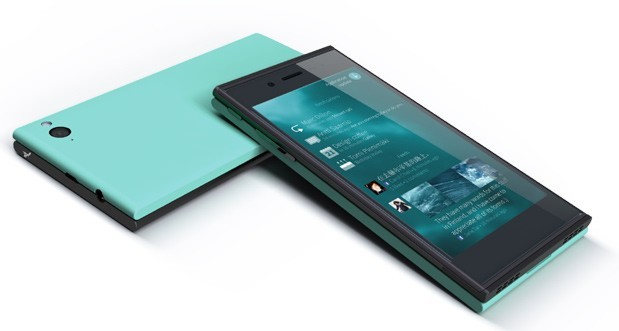 A team of ex-Nokia employees have created a new phone: the Jolla. The new device runs Sailfish, the successor to Nokia's abandoned MeeGo operating system.

The Jolla phone, pronounced Yol-la according to the BBC, is expected to launch by the end of this year and it will be exclusively sold online. The device sports a 4.5-inch HD screen, 4G LTE, and has removable back covers that can interact with your phone's software and change its color theme. The design itself reminds us of Nokia's N900 as well as the current Lumia design language.

The phone runs Sailfish which is a renamed and updated version of MeeGo. MeeGo was the result of a collaboration between Nokia and Intel to try and create a new operating system that would compete with Apple's iOS and Google's Android. The project was abandoned after Nokia decided to go with Microsoft's Windows Phone.

But this group of employees felt that MeeGo was just too good of an operating system to simply waste and they created a new company to continue development and produce hardware. "For a couple of years we haven't had anything really interesting in the mobile phone market," said Antti Saarnio, chairman and co-founder of Jolla. "This creates opportunities for newcomers to come in. It's different, but it's purposefully different."

Saarnio also said that they would be open to licensing out this new OS and right now they are simply focused on doing the best in their business.