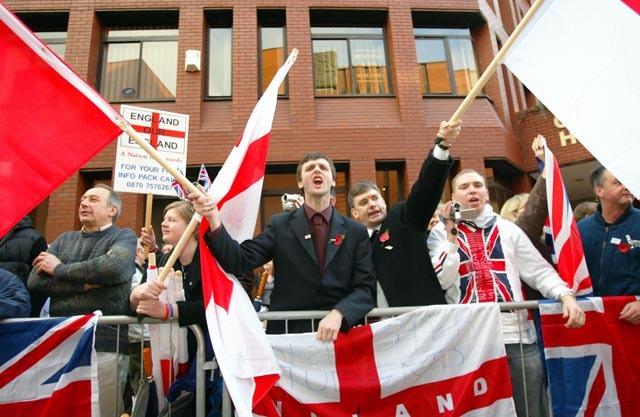 The tragic attacks on Norwegian youth in late July may have been the handiwork of an individual, but the motivation for them to take such extreme actions may be partially influenced by the product of many toxic ideologies finding their voices online. Just as news of the tragedy travelled quickly across social media networks, so too did the opposite - the messages of extremists and fringe groups.

A piece penned by the Associated Press (via Silicon Valley) highlighted the increase of members in groups spreading potentially violent thoughts and messages, groups that otherwise go largely unnoticed by mainstream media. Social media is exceptionally powerful for uniting persons - friends or distant acquaintances - with common interests under many umbrellas. Social media was hailed as the catalyst for ensuring the success of a few Middle East revolutions earlier this year.

Unfortunately social networks, on the onset, do not discriminate against messages for the greater good of humanity, or for a small portion of it. A clear example is the manifesto of Anders Behring Breivik, the man responsible for the Norwegian terrorist attacks. In light of the attacks, his manifesto has now been read by an untold number of people thanks to the Internet and social networks.

Breivik cites the English Defense Force, a far-right group protesting what they see as "uncontrolled Muslim immigration" to the United Kingdom, as an inspiration. The group began with just 50 members two years ago, but has now swelled to almost 100,000 members. The group credits this growth to their online presence on social networks.

While the EDF has strongly denied advocating violence against anyone despite Breivik's glowing endorsement, some analysts are unsure of how much of the extremist ideologies translates to actual violence on the streets, according to the AP.

Law enforcement officials see social networks as a mixed blessing. On one hand, the messages spread by online movements may motivate individuals to be recruited by groups. On the other hand, individuals tend to leave more personal information on social network profiles than they would for online chatrooms or forums, and thus individuals who are likely to commit crimes can be easily tracked down by police.

Fortunately, despite the attention gained online, the seemingly large virtual support base does not necessarily translate to actual support outside of the Internet. In the last parliamentary election in the United Kingdom, the British National Party (depicted above), whose views are in line with the EDF, saw little voter turnout. This stood in contrast to heavy traffic on their website.

Even if these far-right extremists live online instead of the real world, law enforcement officials face a tough task of ensuring a few disturbed individuals are not motivated to translate messages to violence.