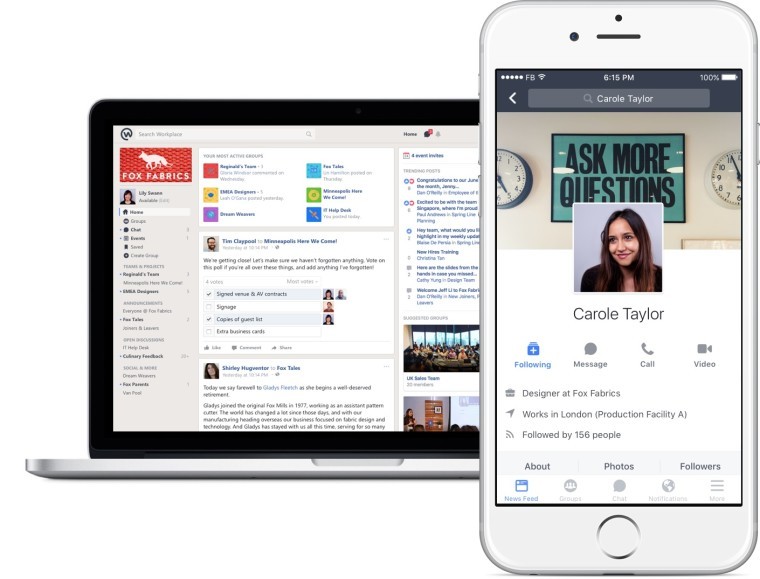 Facebook is looking to entice businesses to let it into their offices by offering Workplace, its worker collaboration service, for free. Called "Workplace Standard," the service will appear identical to the paid version but will lack extras such as analytics tools and administrator controls.

Simon Cross, a Facebook product manager, told CNET a free tier was always part of the plan for the company and said the move is meant to give businesses a taste of the service. Facebook also said it wanted to provide a free option for emerging markets.

First making its debut last October, Workplace is meant for teams to use as an online office. The service includes familiar Facebook features such as news feeds and groups, but doesn't use your personal account. The paid version starts at $3 per user for the first 1000 users, $2 per user for the next 9,000, and $1 each for anyone who joins after that. Companies using Workplace include Starbucks, Booking.com, and Campbell's.

The battle over workplace collaboration has heated up since Slack first launched in 2013. Google joined the fray by introducing two Hangouts services, Hangouts Meet and Hangouts chat last month. Microsoft also just launched its own workplace software, Microsoft Teams, as part of the Office 365 subscription suite.