Admins and moderators on any online forum have a hard time managing their respective communities and Facebook groups are no different. So, in order to make the work of admins easier, the social media giant today is introducing several new tools that'll assist in the management of such groups.

First up is Admin Home, which is a new simplified interface for admins to help monitor and manage the groups.

Here's what Facebook says it will allow you to do:

Keeping an eye on every comment or post in a group is difficult for moderators or admins, especially in a group that is a large one. Now, a feature to help with comment moderation is coming to the Admin Home panel. It will allow an admin to set specific criteria for automatic moderation of posts and comments based on the several criteria options available. It will also help defend against spam and restrict promotional material.

The attached video walks you through the available options.

AI will also be lending its hand to assist admins to alert them about potential squabbles when it detects anything of that nature. The feature, still being tested, is called "Conflict Alerts". This will allow admins to take action against such activities swiftly. 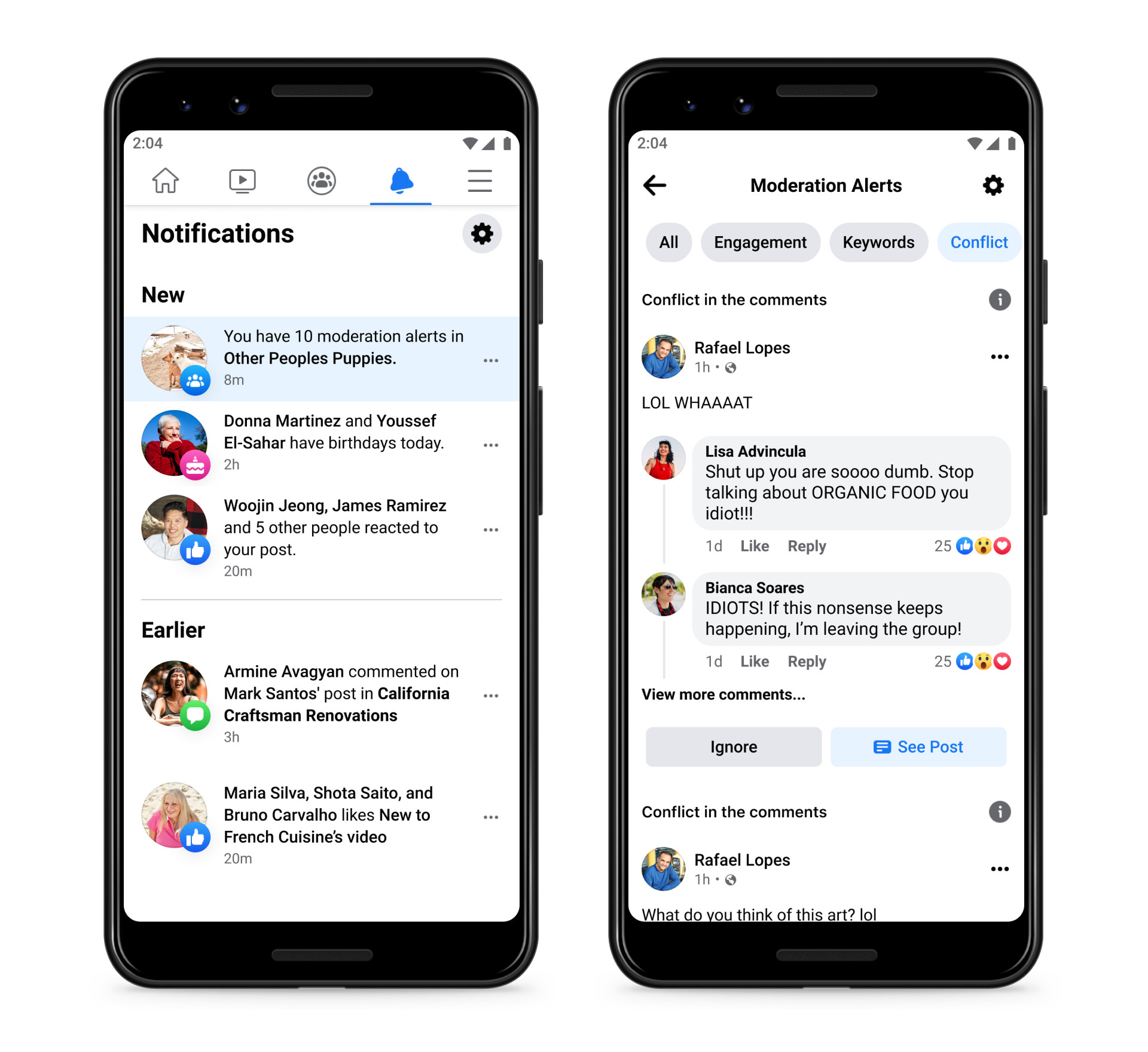 Another new feature called "member summary" is also being introduced. The feature is pretty self-explanatory from the name itself and will allow admins to check data related to their post history and such for specific members in a group.

There are more features still like appealing directly to Facebook in case admins want some content to be directly reviewed by Facebook itself. These features are gradually rolling out to everyone and should be available to users across desktop and mobile. You can read more about it here.