It was not long ago that Bethesda unveiled Fallout 4 for PC and current-gen consoles. Along with it, the company also announced Fallout Shelter for iOS, with an Android version planned for later this year. While the game has been available for less than three days in the store, it has already managed to occupy third place in the UK and US App Store charts. 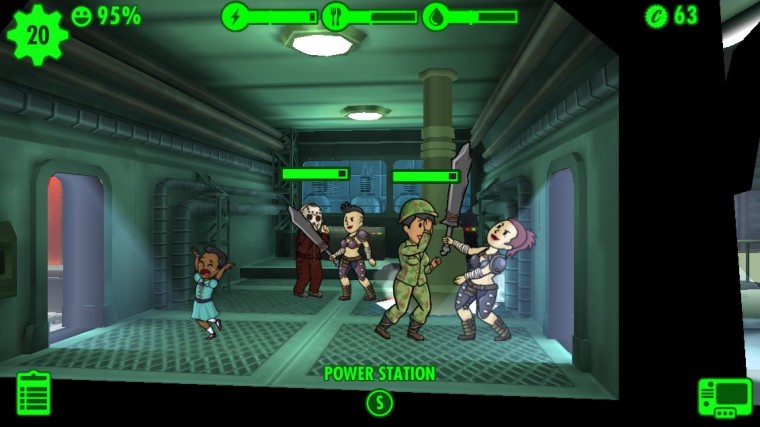 According to GamesIndustry, the last time Candy Crush Saga wasn't in the top three games in the UK and the US was way back in December 2012 and January 2013 respectively. Moreover, Fallout Shelter is also in the top 10 games list across most of Europe and is even the top free game in most countries around the world. Currently, the only games ahead of Fallout Shelter are Game of War- Fire Age and Clash of Clans.

Being a free-to-play title like Candy Crush Saga, it is quite impossible to determine what revenue Bethesda is earning from Fallout Shelter but according to an earlier report, King was making a profit of $2 million daily at the start of this year; which is of course, across multiple platforms. Still, we might expect Bethesda to fit in the same bracket.

While the game is free-to-play, it does offer in-app-purchases (IAPs) ranging from $0.99 to $19.99. With that being said, Bethesda's Todd Howard made a strong statement at E3, claiming that Fallout Shelter won't be plagued by IAPs, stating that:

This game is going to be free, but don't worry, there are no paywall timers... You build something, it's instantly built. The entire goal of this game was to do something that we'd really want to play on our phones. Something that made us smile and had more depth than other things we were seeing.

You can download Fallout Shelter on your iOS device for free from here. The requirements state iOS 7.0 or above as necessary but also include the fact that the game has been optimized for iPhone 5, iPhone 6 and 6 Plus, iPad 3 and iPad Mini 2.