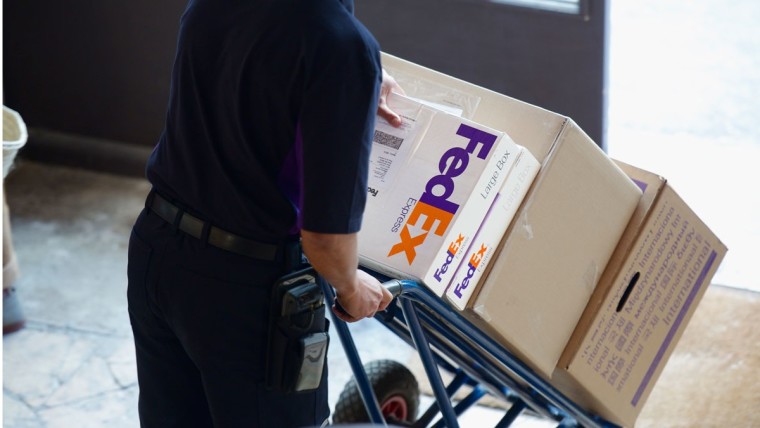 Ever since U.S. president Donald Trump enforced the trade ban on the Chinese phone-maker, Huawei has been having a tough time. The addition of Huawei to the U.S. Department of Commerce's Entity List doesn't just affect businesses though. The ban has proven to be problematic for average citizens as well. Just last week, a reporter from PCMag was unable to ship a Huawei P30 Pro from London to New York via FedEx. The courier service stated that this was due to the U.S. embargo on conducting any sort of business with Huawei.

Now, the Memphis-based international shipping company has decided to sue the U.S. Department of Commerce. In a press release, FedEx announced that it has filed a lawsuit against the Commerce Department in the District of Columbia on the grounds that the enforcement of the Export Administration Regulations (EAR) violates the shipping company's rights to due process under the Fifth Amendment of the U.S. Constitution. Additionally, the multinational courier company believes that it is very unreasonable to hold carriers strictly liable for shipping any items that may be in violation of the EAR.

According to the official document lodged in the District of Columbia, FedEx claimed that it is impossible for courier services to find out whether the shipment to be posted requires a license or if it happens to be an “item subject to the EAR”, as this requires considerably high screening. The document further argues that even if FedEx was able to inspect every package, "the complexity of the EAR would render such a potentially-privacy-infringing program ineffective".

"Under the Department of Commerce's regulations, we are expected to be the policeman for these export and import controls - and there are about 1,100 entities now on this list and five were just added last Friday.We're required under the regulations of the department to certify that the shipper - who may or may not be telling the truth - is in compliance with those export regulations. Despite the fact that we handle 15 million shipments a day, if we make an error on any one of them... we can be fined $250,000 per piece."

There have been no further developments to the story as of yet, but it is possible that the results of this lawsuit will impact the trade ban in some manner - whether the effects will be big or small, is yet to be seen.