The iPod connector is a famous part of the iOS ecosystem. It allows devices to do a variety of things, from charging, to presenting on projectors and televisions, to connecting to accessories. But that connection has now changed.

For manufacturers, this means retooling equipment and designing to meet new specifications. Stocks that they had been working on may no longer be so valuable, but designing to the new specification breaks compatibility with older models. Consumers are also left in the cold with hosts of devices like docks that now either need adaptors, or are useless… it’s not all that great for the environment either. 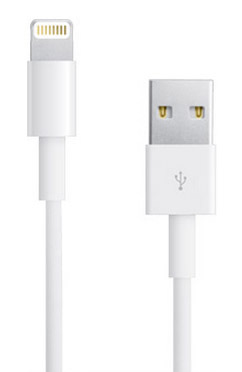 All of that aside, this isn’t anything new in the world of technology. As hardware and software evolve, eventually there needs to be a break to allow for innovation. So why is Guy Kawasaki, former Chief Evangelist for Apple saying that the new connector is “pure arrogance”?

It’s not the environment, nor the pockets of consumers and manufacturers that has Guy disappointed with Apple’s move – instead, he’s shocked that Apple chose to move to yet another proprietary connector. The industry has accepted that Micro-USB is the standard cable for charging and connecting to mobile devices. These cables readily exist, and Apple could have easily decided to either use the new cable, or to make their new connector compatible with Micro-USB.

It’s obvious that the reason Apple chose the proprietary connector is to protect the ecosystem. As Google and Microsoft have seen, it’s hard to build an ecosystem of hardware accessories when devices are built at different shapes and sizes, with no standard point of connection Microsoft appears to be working to fix this with Windows Phone 8, but we’re yet to hear any real details around that.

If Apple made the move to Micro-USB, it could open up their ecosystem of accessories to competitor devices – and that’s something that Apple doesn’t want. So, is the decision that Apple made an act of arrogance, or is it more marketing brilliance? I’m leaning towards the latter, but there’s clearly an economic and environmental cost to this decision.