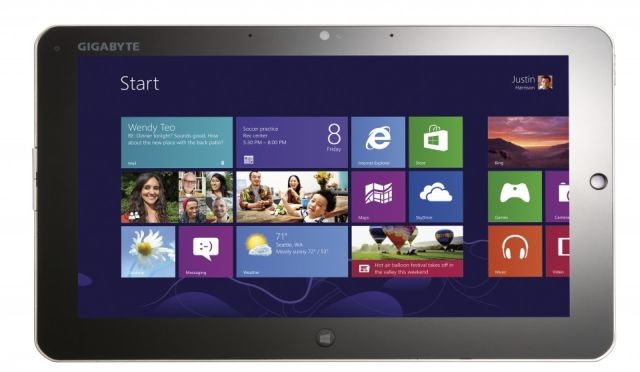 Mobile Geeks reports that this new tablet will have an 11.6 inch display and some kind of Intel third generation Core processor inside. It is also supposed to include a magnetic keyboard with mouse buttons, something called "Optical Finger Navigation" when it is in PC mode, and a front and rear camera. It will also have VGA and HDMI ports; pricing and a release date for this tablet was not announced.

The S1185, which is made more for consumers, joins the previously announced S1082 tablet from Gigabyte which is geared more for the business user. It comes in two versions; one with an SSD and the other with a standard hard drive. The 10.1 inch tablet also has a 3G antenna built inside; again made for the business traveler.

The S1082 is now on sale; a quick search shows that the pricing for the tablet starts at around $560, but that price increases depending on the size and type of hard drive.