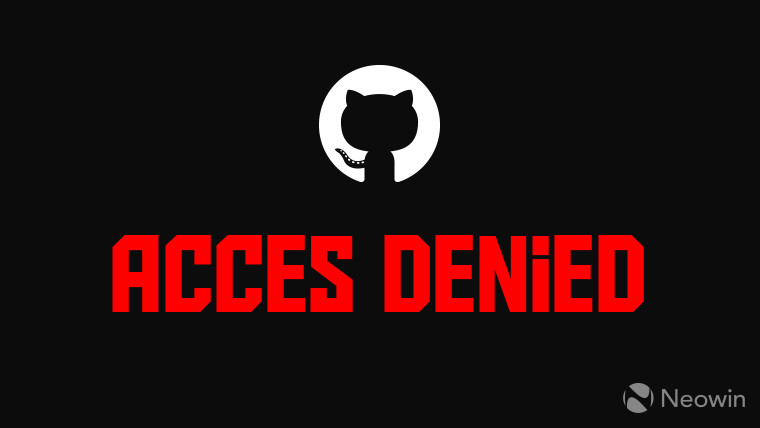 U.S. trade sanctions upon certain regions having led to companies limiting their services in these countries isn't something new. Last year, Slack ended up accidentally banning anyone who logged in from Iran, a mistake it soon rectified. However, it has since blocked all Iran-based activity, in compliance with U.S. regulations.

It looks like other firms may now be following suit, with GitHub announcing its stance with regards to the issue in a statement on its website. Availability in these areas, which include Crimea, Cuba, Iran, North Korea, and Syria, is being heavily restricted, with users only being allowed limited access to the world's largest source code repository host for personal, non-commercial usage.

The firm noted that private repositories will be unavailable for residents in the aforementioned regions, with the same applying to paid services such as private organizational accounts or the GitHub Marketplace as well. Essentially, this only leaves behind certain free services that can be utilized. Furthermore, users are also prohibited from disguising their locations through IP proxies and VPNs. Those who now have restricted private repos can choose to make them public, in order to continue accessing them.

In a series of tweets, GitHub CEO Nat Friedman stated the company's pain at people being affected by this move, but effectively acknowledged that it was powerless due to the U.S. trade laws.

It is painful for me to hear how trade restrictions have hurt people. We have gone to great lengths to do no more than what is required by the law, but of course people are still affected. GitHub is subject to US trade law, just like any company that does business in the US.

As expected, people did not take kindly to the announcement, with many pointing out that alternate arrangements that could have been undertaken. For example, Slack blocks IP addresses in Iran, but does not block all accounts belonging to these regions. This enables users to still retain access through VPNs, though as has been mentioned before, GitHub has chosen not to go down the same route.

The restrictions will be applied based on users' locations, and not their nationality or ethnicity. This means that only those attempting to gain access to GitHub while being present in a sanctioned region will be affected. People who believe their accounts have been banned due to an error will be able to appeal the decision through an account reactivation request process.