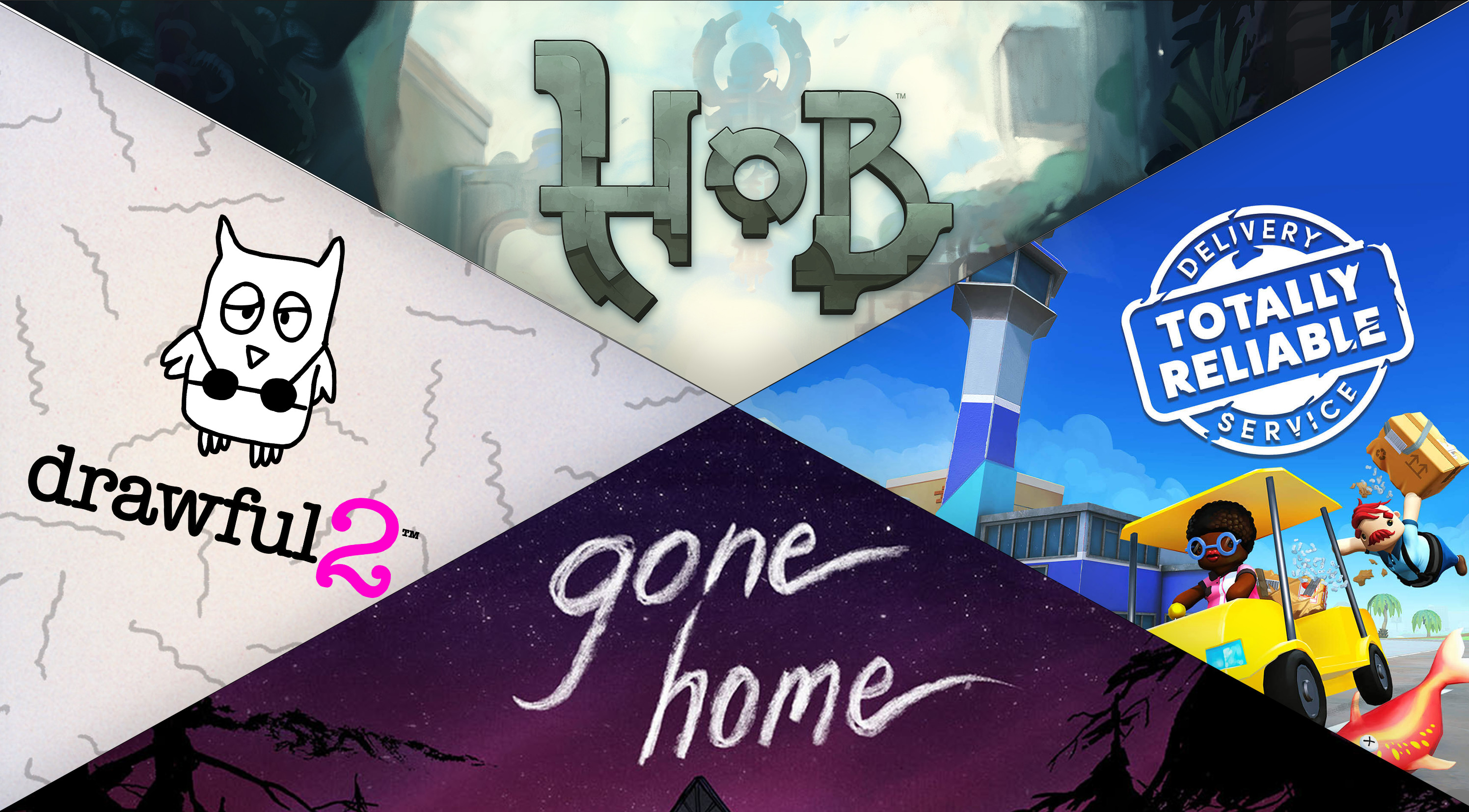 Epic Games Store is putting on offer four games this week to claim for free: Gone Home, Hob, Drawful 2, and Totally Reliable Delivery Service. Drawful 2 has been free for a few days now, though. These take the place of Figment, World War Z, and Tormentor x Punisher.

Gone Home is a first-person exploration adventure title that puts you in a house without giving you a goal, leaving you to explore it at your own pace. Here’s how the Epic Games Store describes it:

June 7th, 1995. 1:15 AM. You arrive home after a year abroad. You expect your family to greet you, but the house is empty. Something's not right. Where is everyone? And what's happened here? Unravel the mystery for yourself in Gone Home.

Hob, developed by Runic Games of Torchlight fame, is an action adventure title that tasks players with the challenge of mending a planet in peril. Matt Uelmen, who has previously worked on titles such as Starcraft and Diablo II, composed the music for the game. Here’s a description from the Epic Games Store:

Hob is a vibrant, suspenseful action-adventure game set on a stunning and brutal world in disarray. As players delve into the mysteries around them, they discover a planet in peril. Can it be mended, or will the world fall further into chaos?

Drawful 2 is a standalone title originally released in 2016. Those who have been following the Epic Games Store giveaways may recall that the first Drawful was included with The Jackbox Party Pack (2015) giveaway in January last year. It’s a sequel with a few improvements over the original, such as adding the ability to use two colors for drawings. Here’s how the Epic Games Store describes it:

The team behind the hit party games Fibbage, Quiplash, and YOU DON’T KNOW JACK presents Drawful 2, the game of terrible drawings and hilariously wrong answers!

Totally Reliable Delivery Service is a game that’s not quite part of the weekly giveaway, but it is available for free, nonetheless. It’s a four-player co-op physics-based game that asks you to deliver goods across a variety of terrains. It was released just yesterday, so it's a brand new title that's free for its launch week. Here’s how the Epic Games Store describes it:

Buckle up your back brace and fire up the delivery truck, it's time to deliver! Join up to three of your friends and haphazardly get the job done in an interactive sandbox world. Delivery attempted, that's a Totally Reliable Delivery Service guarantee!

Epic Games Store is offering Gone Home and Drawful 2 to players on Windows and macOS, however, they are both also available for Linux via Steam, where the former is priced at $14.99 and the latter is free. Hob and Totally Reliable Delivery Service are only available for Windows.

If you wish to claim Gone Home, Hob, or Drawful 2, you can find them here, they will be free to claim until April 9. Totally Reliable Delivery Service is available here, to claim for free until April 8. Sherlock Holmes: Crimes and Punishments will be put on offer for next week’s giveaway.