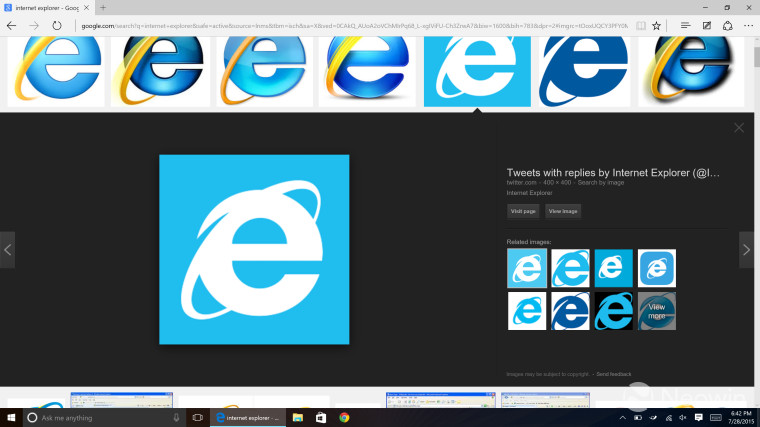 For the first time in several decades, Microsoft has released a new version of Windows without Internet Explorer being set as the default browser. Instead, the company is pushing users towards Edge, the company's 'new' browser that they hope will put up a solid fight against Chrome and Firefox.

Edge, while technically a new brand, is really a heavily reworked version of Internet Explorer. The engine driving the browser is still Trident but other than the name, there is not much else that is the same between Edge and Internet Explorer.

For starters, Microsoft removed all of the legacy code from the engine, updated the rendering engine to comply with current industry standards and then sprinkled in a few more features like Cortana integration, content markup and a new reading mode.

In practice, the slicing up and reworking of the engine appears to be paying off as early results show that browser is surpassing Chrome in terms of performance. 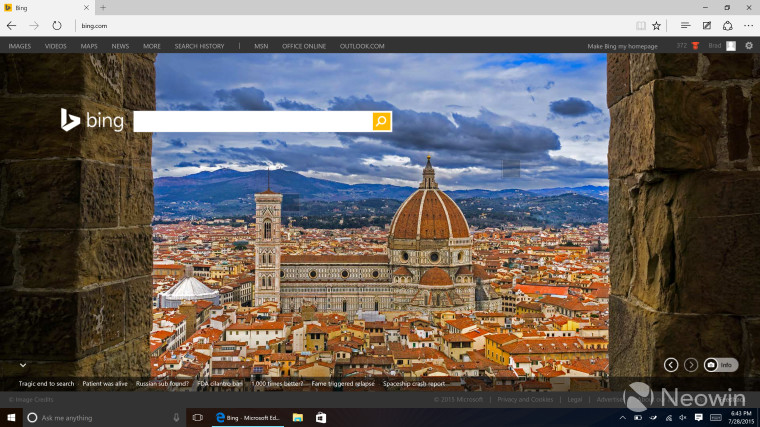 From a UI perspective, the browser matches the theme of Windows 10 with squared off edges and modern icons. If you don't like the gray and black default theme, you can switch to a dark theme as well but that's about as far as you can go with customization of the browser.

Microsoft chose the name 'Edge' for one big reason: it needed to start with E so that they could use an icon that was similar to Internet Explorer. As millions of new users fire up Windows 10 over the coming months, they are used to clicking the blue E on the taskbar and Microsoft, smartly, did not want to change this behavior; thus the blue E lives on.

The real test will be if Edge stops users from switching to other browsers. Internet Explorer, while still technically available in Windows 10 (It's not the default browser), is the past for Microsoft which means we should see its market share slowly start to decline as Edge rises. But expect Google and Mozilla to push their products heavily, knowing they need to convince Windows 10 users to switch browsers especially since 'Edge' is new and presents a new threat, now that Internet Explorer is out of the way.

But Edge is not perfect, one feature that we know is coming, and which is not available at release, is extensions. The ability to use these plug-ins will likely send a few users back to Chrome as they have proven to be a valuable addition to the browser; for example, with the likes of AdBlock Plus being heavily used by power users.

With Edge now available to consumers around the world, the company will be paying close attention to feedback and while the 5 million Insiders helped shape the browser, the billion consumers over the next three years will also have a significant impact on the future of Edge