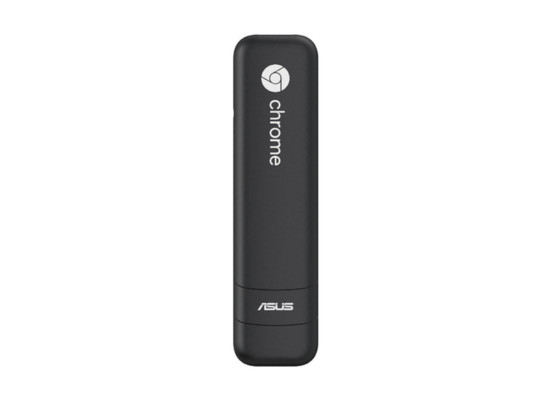 Google and ASUS have launched the Chrome OS-powered Chromebit HDMI stick for a price of $85.

Two years ago, Google launched the Chromecast media streaming stick which received a refresh recently. However, the device was only capable of displaying content cast from other devices, while other manufacturers went on to launch Windows 10 based sticks that can convert any HDMI-ready screen into a fully functional PC.

Now, Google has released Chromebit, which is a similar HDMI stick running on its Chrome OS that would let users surf the internet, watch movies or play games by simply plugging into a screen. The stick comes with a Rockchip SoC, 16 GB of internal storage, 2 GB of RAM and has one USB slot for connecting peripherals such as keyboard and mouse.

To complement devices such as the Chromebit, Google also launched the Chrome Device Management Console which can be used to manage various Chrome devices remotely when used as kiosks or digital signage. The company has priced Single App CDM at $24 per per device per year.

The ASUS Chromebit is available from various resellers and comes with free 100 GB of Google Drive storage for a year.