Earlier this month we reported that some Nexus 6P owners were receiving new Pixel XL replacements under the warranty, which was apparently also afforded to those whose support has lapsed -- which then was unsurprisingly revised to only include those within the one year warranty period of these devices or those with an extended one, of course. However, those who did not qualify for this replacement can look forward to some added support after Google updated its update schedule for these devices. 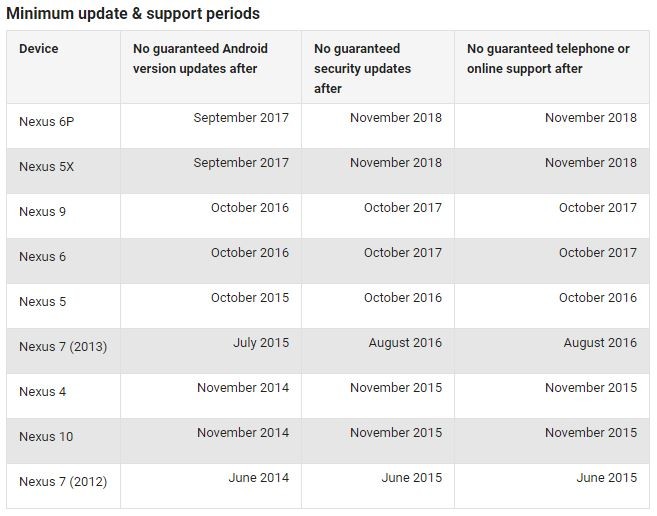 It seems Google wishes to extend an olive branch to its supporters, by offering two months on top of the originally scheduled September 2018 security update end-of-support date. Although Android Oreo will be the final version of the operating system from Google either of these devices will get, with support ending this month, security updates were extended to November 2018. Generally, Google will support devices for at least three years after its launch according to the support page:

The Nexus 6P, in particular, has had its fair share of issues, which ranged from random boot loops - which was unofficially fixed - to the phone having battery related issues, all of which has resulted in Google being hit with a class action lawsuit, alongside the manufacturer Huawei.