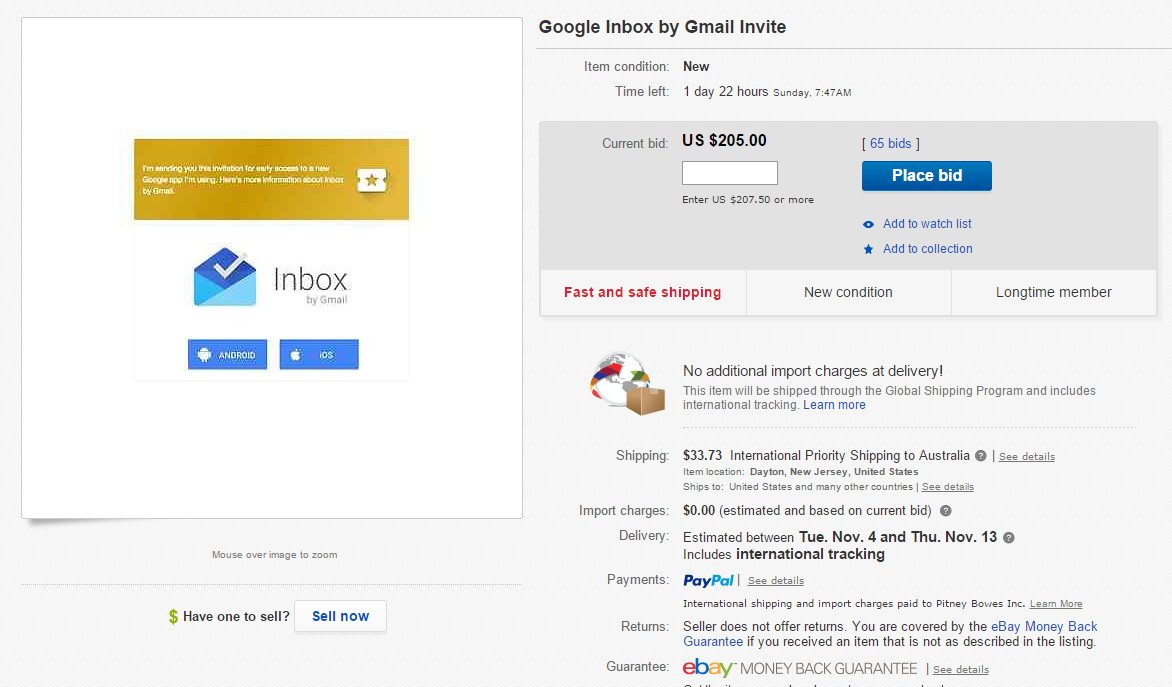 Google Inbox invites have so far been a lot more scarce than Gmail's invites ever were 10 years ago. Google Inbox users are much fewer, and they can only invite a maximum of 3 people per round. As a result, its caused places like Google Plus to be flooded with people begging for invites and reddit threads dedicated to Inbox invite chains.

Some people, however, are not as kind and giving when it comes to their invites. Considering the scarcity, they also saw the opportunity to make money out of the limited invites and high demand. Currently there are a dozen invites being sold on eBay from as "low" as $10.50 through to a mammoth $205.00 plus shipping. Yes, for whatever reason, that seller is charging for expedited shipping as well.

Where this will all lead to is anyone's guess. What is known, however, is that there hasn't been so much hype over an exclusive Google product for quite some time. Many are hopeful the next round of invites is released soon.