Earlier last year at Google's I/O 2017 developer conference, the company announced the first major update to its Android Wear platform, version 2.0. Developer Previews were set to have five total builds, coming out every six weeks, for a final release in late 2016. Unfortunately, that didn't end up being the case, as the company ended up delaying the launch until 2017. 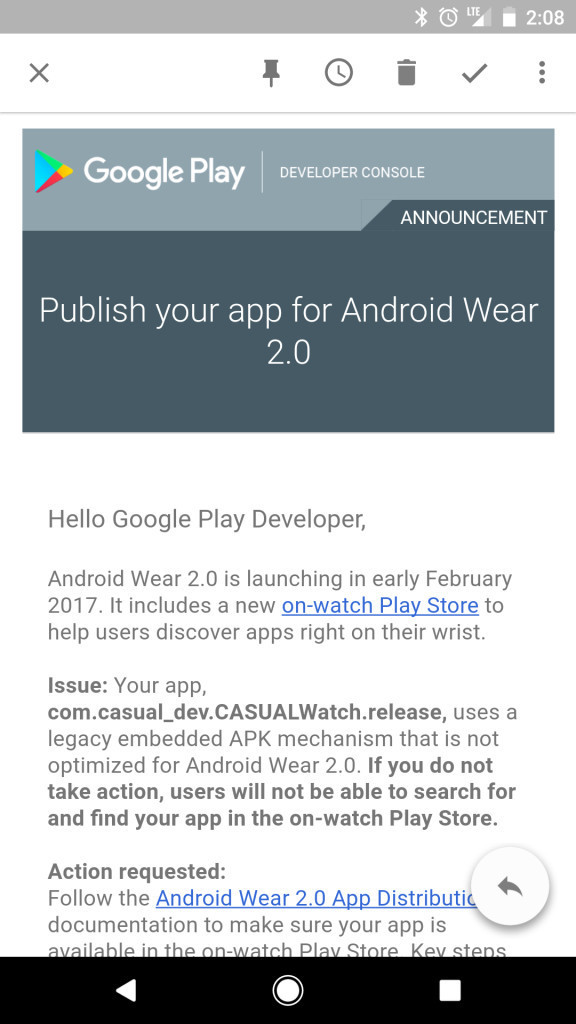 According to a new report from 9to5Google, Google has begun emailing developers to inform them of an early February release. This is still a bit ahead of schedule, as Developer Preview 4 launched in mid-December, so one might assume that Preview 5 would be available at the end of January, with a final build in early March.

There are also rumors that Google is planning to launch a pair of smartwatches to go along with its new wearable operating system, and they should be the first to launch with the OS. They won't be Google-branded - so no Pixel, Watch by Google - and instead they'll be OEM-branded; it seems like a Nexus-style type of thing.

Still, this is fantastic news for those that just can't wait to get their hands on the first major Android Wear update. The Developer Preview program has been rather limited until this point, only offering builds for the Huawei Watch and the LG Watch Urbane 2nd Edition.

Once the update is finalized, it shouldn't be too long before you receive it on your Android Wear watch, assuming that you have one that's supported. Android Wear isn't skinned like a regular build of Android is, so OEMs shouldn't have to do as much work on it, and unless yours is LTE-enabled and locked, carriers won't have to approve it either.