For more than a year now, Google Maps has been offering a way to foresee how crowded your bus, train or subway lines can be, but this feature only uses predictions instead of real-time data. Today, Google introduced a new update to Maps that no longer predicts transit crowdedness, but instead uses live information. 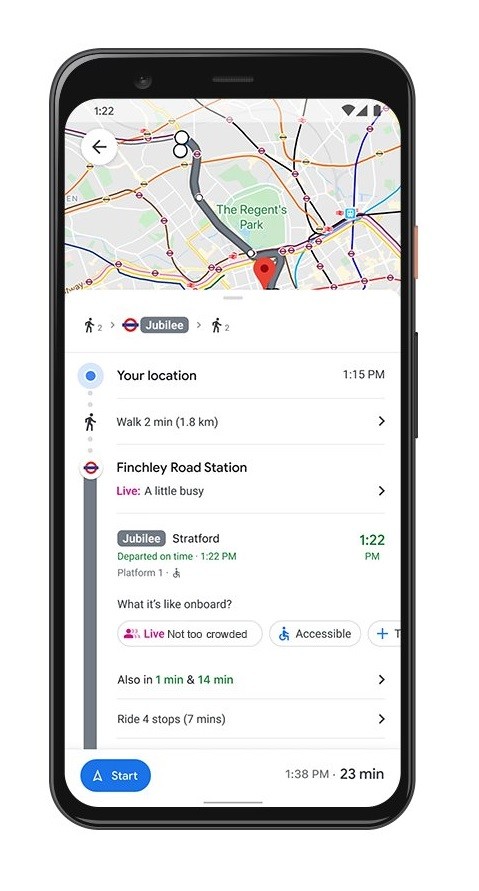 Google Maps now provides real-time information about how crowded a bus, train, or subway line is at a given moment based on crowdsourced movements of users who have signed up for Google's anonymized Location History sharing. In addition, over the next few weeks, the search giant is rolling out new updates to its COVID-19 layer on Android and iOS that will display the number of detected COVID-19 cases in a certain location.

For those of you who frequently order food via delivery services, Google will now let you track your order in real time if you've placed an order with Maps for iOS and Android in the U.S., Canada, Germany, Australia, Brazil and India. The app will also show expected wait times and estimated delivery fees. In the future, Maps will let you see the status of your restaurant reservation in 70 countries, assuming it's safe to head out already.

Finally, Google is rolling out a preview version of the Google Assistant driving mode in Maps. The feature basically turns your device into a simple display that allows you to see your destination, reply to messages, answer calls, and play songs using your voice. It's available to Android users in the U.S. starting today after its initial debut last year.