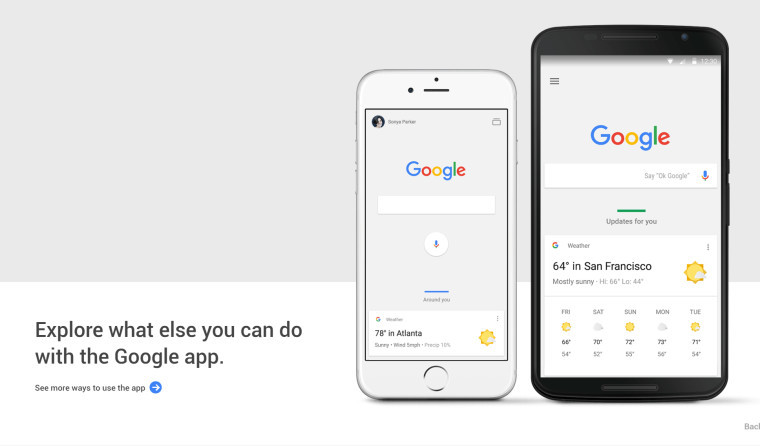 The Google Now launcher has been downloaded over 50 million times through the Play Store since the app debuted back in August 2014. The app was primarily designed for the Google Nexus line, however, popularity skyrocketed as the launcher proved to be lightweight andswift, and offered a means to cover or hide less than desirable Android skins from competing manufacturers.

According to a leaked email sent to Android Police, Google has just added an expiry date to the beloved app by removing it from the Play Store before the end of Q1 2017. Any new devices that attempt to ship with the launcher after March 1st will not be approved by Google. The search giant will allow manufactures such as Sony to tap into some of Google Now's features such as "Search Launcher Services," which allows users access to Google Now Cards by swiping right on the home screen. 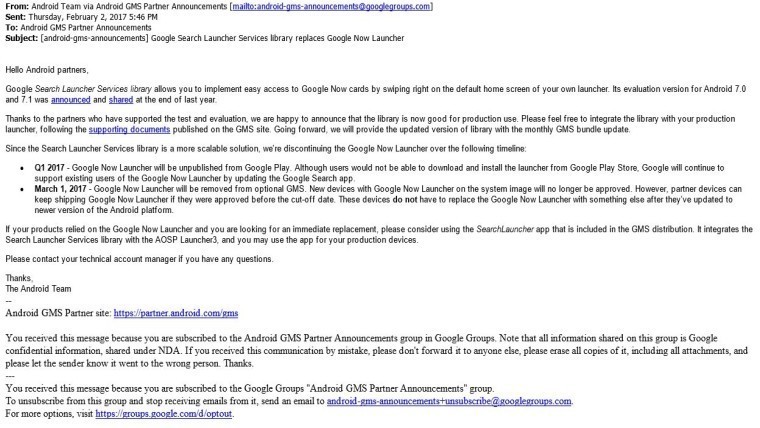 While many fans may be quick to assume Google is preparing to widen the availability of the Pixel Launcher, it could also be an indication that the company is knuckling down on exclusivity; a possible ploy to advocate its own hardware line.

In the meantime, it appears that the Google Now Launcher will remain in the Play Store for a very short period. If you choose to download the app, don't expect any updates or improvements anytime soon.