Google and other various Android OEMs have been hard at work getting their devices primed and ready for Android Lollipop, with Samsung beginning rollout of the sweet treat to its Galaxy S5, and Google themselves bringing it to their Nexus family. HTC has also confirmed that Lollipop will be popping up on its own One M8 and M7.​ 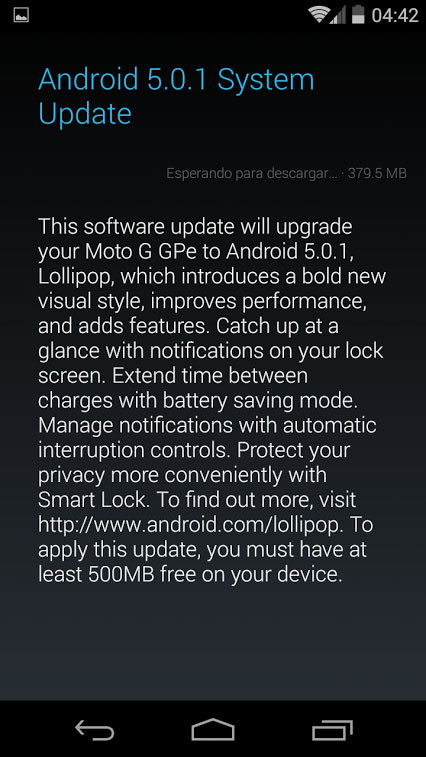 Motorola is joining the dessert party, with the Moto G Google Play edition receiving an over-the-air lollipop update rollout starting today. The Google Play edition differs from the normal Moto G in that it runs a completely stock version of Android, with no additional Motorola software or carrier software included. With this update, users will be getting an Android experience similar to that of the Nexus series of phones and tablets.

Android over-the-air updates are typically done in waves, so if you happen to have this edition of the Moto G, you may not see the update for a few days to even a few weeks. If you're feeling adventurous however, you can always flash the update yourself. Also, note that this update is solely for the Moto G Google Play edition and not the non-Google Play edition Moto G; however, that edition has begun the Lollipop rollout in India, so it won't take much longer for more Moto G users to get their hands on some Lollipop goodness.