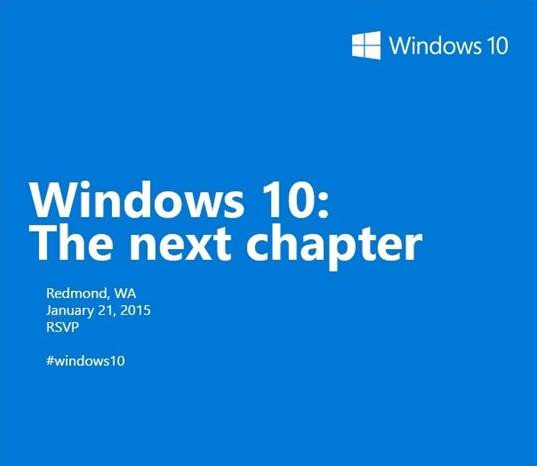 Microsoft is holding an event on its campus January 21st to talk about the next chapter of Windows 10 and it is expected the company will talk about the consumer release of Windows 10. The event is said to be an all day affair as well and Neowin will be there.

For those who are curious, the event will be live streamed this time around and will include presentations from Satya Nadella, Terry Myerson and Joe Belfiore, and Phil Spencer. That crew represents the top of the org chart for nearly all things Microsoft which means that there will be much to talk about at the event.

The name of the release may not be called the consumer preview but may be called January Technical Preview and could be part of a new release cycle where the company pushes out a new release each month. No word on all of the topics that will be covered but seeing that it is an all-day event, but we hope to hear about Windows Phone and Windows RT. Seeing that Phil Spencer will be there as well, there should be some Xbox content too.