One of the new features coming with the release of Android 10 is a native dark mode for various apps, including those built by Google itself. Google App and Assistant are among the early apps to add support for the built-in dark theme, and now it seems Google Maps is in queue to receive the same feature. 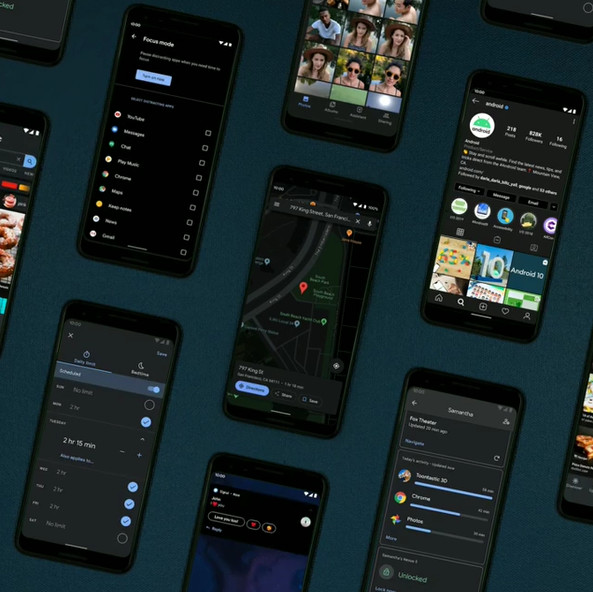 Android's official Instagram account posted an animation showing off Google Maps and other apps transitioning from light to dark theme. When enabled in Android 10, the feature automatically allows apps to switch to dark mode as opposed to previous implementations. Before, the availability of the dark themes was dependent on its implementation by third-party skins.

Of course, this is on top of Google Maps' existing night mode, the only difference being the more widespread presence of dark tones with the new design. In addition, system-wide functions like notifications and the Digital Wellbeing section in the settings menu are shown with the dark theme.

Dark mode for Google Photos and Image were also shown off. It's worth noting that the teaser appeared just a few days after Instagram rolled out dark mode for iOS 13 and Android 10 devices. There's no word, though, on when Google will widely roll out dark mode for Maps.