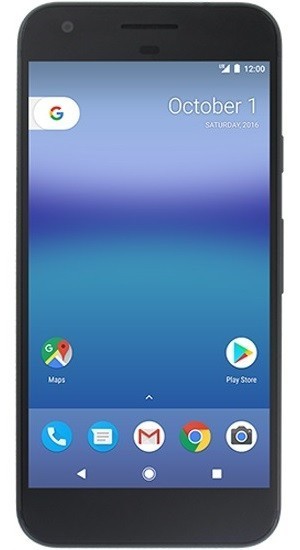 Google's October 4 launch event is fast approaching, but at this rate, there won't be much left for the company to announce there. Along with its new Chromecast Ultra dongle, and details of its new Andromeda OS and 'Bison' notebook, there's been no end of leaks regarding its latest smartphones, the Pixel and Pixel XL.

The two handsets will be manufactured by HTC, with Pixel branding replacing the familiar Nexus moniker. VentureBeat published what appears to be the first official render of the Pixel to be leaked so far, and at first glance, there's not much to go on.

Like so many smartphones these days, it's a fairly nondescript rounded rectangle, with black glass and no branding of any kind on the front of the device. However, the image does show some changes to the Android operating system, including circular app icons, revised navigation buttons (now solid, rather than outlined), as well as the new Pixel Launcher interface.

The Pixel Launcher was originally leaked as the 'Nexus Launcher' last month, and is believed to be an exclusive user experience for Google's new phones. Along with the smaller Google search widget, visible at the top left of the display, it also features a slide-up app drawer, among other changes. While the Android 7.0 Nougat rollout continues, the Pixels are likely to launch with the newer Android 7.1 release.

It's believed that Google will be charging top dollar for its new handsets. The Pixel is expected to start at $649, making the larger Pixel XL even more pricey.