Last month, Rockstar Games delivered the unhappy news that its planned launch of Grand Theft Auto V for the PC had been pushed back.

The game had originally been scheduled for PC release on January 27 - already over two months later than its launch on the Xbox One and PlayStation 4 - but the games developers said that they needed "a few extra weeks of testing and polish to make it as good as can be", promising to release it on March 24. 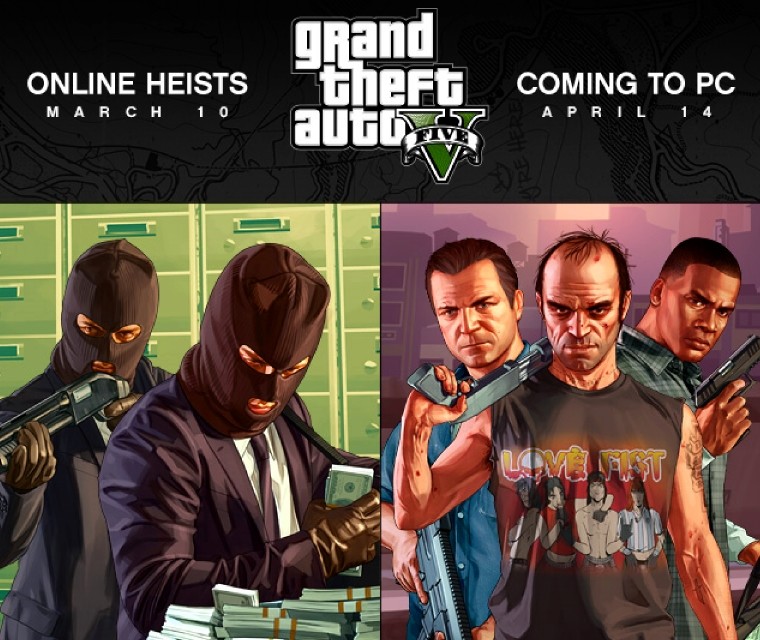 Unfortunately, those extra few weeks just weren't enough. Rockstar said today that "a bit more time is needed to ensure that the game is as polished as possible", so the PC launch is once again being delayed.

"The PC version of Grand Theft Auto V is our most graphically and technically advanced version yet," the company explained, "fully optimized to support a broad range of current hardware, and features a host of PC-specific enhancements including greater levels of detail, deep configuration options and ultra-high-definition support".

Rockstar now says that GTA V for PC will go on sale on April 14th (still 2015, we presume), both in retail stores and as a digital download. Anyone who has already pre-ordered the game will get an extra $200,000 of in-game cash for use in GTA Online.

Before then, the new GTA Online Heists feature will still launch as planned on March 10, and should be available for GTA V PC gamers when that version eventually goes on sale.