Pebble, the company behind the first highly successful smartwatch, has just announced a brand new watch: the Pebble Time, which also comes with a color display and the same week-long battery life.

Pebble has been teasing the announcement for almost a week now, with a countdown timer that made us keep a close eye on the company.The new Time is the company’s first smartwatch with a color display. It uses e-ink technology to offer users a more colorful experience compared to the drab black and white that’s been a staple of Pebble’s smartwatches until now

And thanks to that e-ink display the device will continue to hold the record for battery life in its field, with the company still claiming up to seven days of use with no need of a recharge. 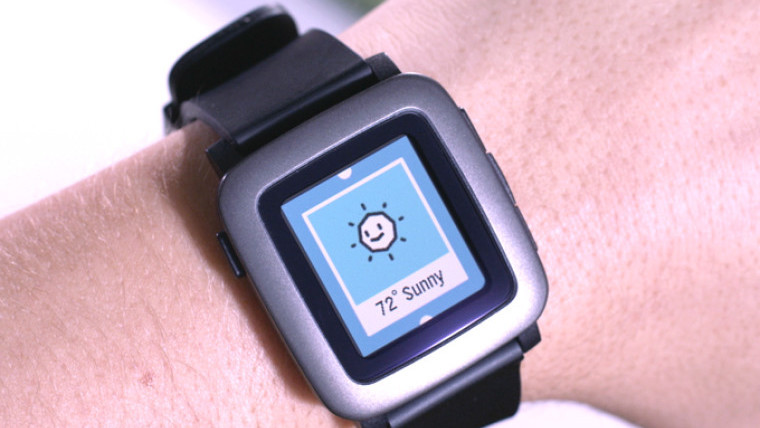 Unfortunately the new watch still doesn’t feature a touchscreen, whereas virtually all of its competitors do, whether it’s the still unreleased Apple Watch or the myriad of Android Wear devices. However the wearable does come with a built-in microphone so users will finally be able to use voice commands and dictation with their Pebbles.

Finally the Pebble Time isn’t launching alone. Pebble is also launching a new version of its OS, a revamped one that was previously teased by the company’s CEO. The version is much more focused on interaction and notifications which should entice users.

If this sounds like your cup of tea note that the device is currently being funded on Kickstarter and it costs $159 with an estimated delivery date in May. You should also note that the final retail price will be $199 so backers are getting a discount.