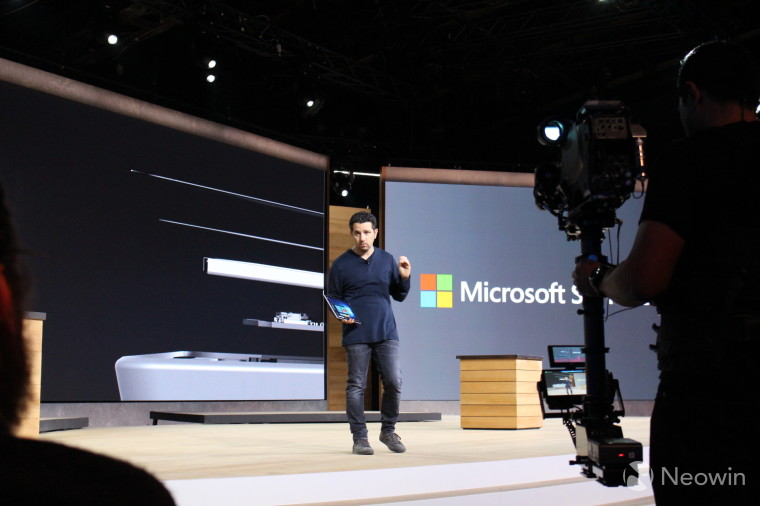 The first thing I noticed when I picked up the new Surface Book was how light it was.

Microsoft’s Panos Panay had made a big deal about the monstrous performance that the device offers, and the various renders and videos that were shown of the machine during its announcement made it look like a huge beast of a device. Panay had extolled the virtues of its superlative performance, but he had also made a point of how light it was. Even so, I wasn’t entirely prepared. 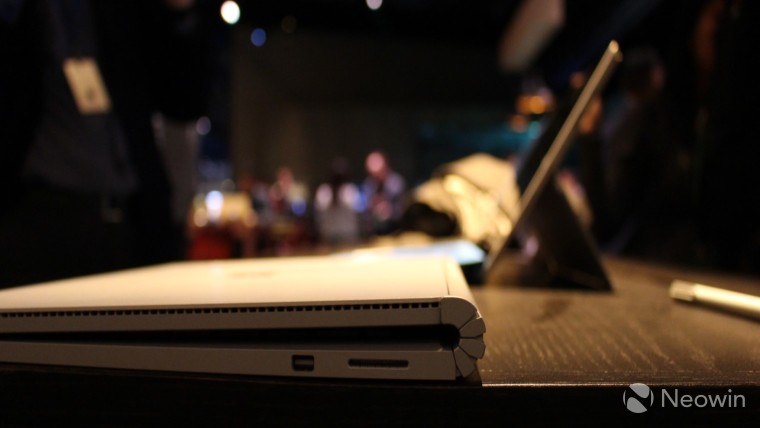 Even in its standard notebook configuration, the device feels like it weighs less than it should. For those more accustomed to seeing laptops becoming ever thinner, the Surface Book is almost shocking in its proportions – but all is not as it seems. The Book appears a good deal thicker than it is, thanks to its elaborate ‘fulcrum hinge’ which doesn’t quite fold the notebook flat, making it seem somewhat chunkier.

Pick it up for the first time, and you too may be surprised by how little it weighs compared with how much you think it should weigh, based on its chunky proportions and metallic build. But just as surprising is how little the 13-inch tablet section – the screen that detaches from the base – weighs on its own. As I write this, I haven’t checked the exact weights of the Surface Book tablet portion compared with the Surface Pro 3 – but when I held the two in my hands, I was surprised by the sensation (perhaps wildly incorrect) that the Book’s tablet component felt like it weighed a lot less.

And it didn’t just feel lighter – like the Pro 3, it also felt well balanced in its weight distribution, such that it was very pleasant to hold one-handed while tapping away at the display. 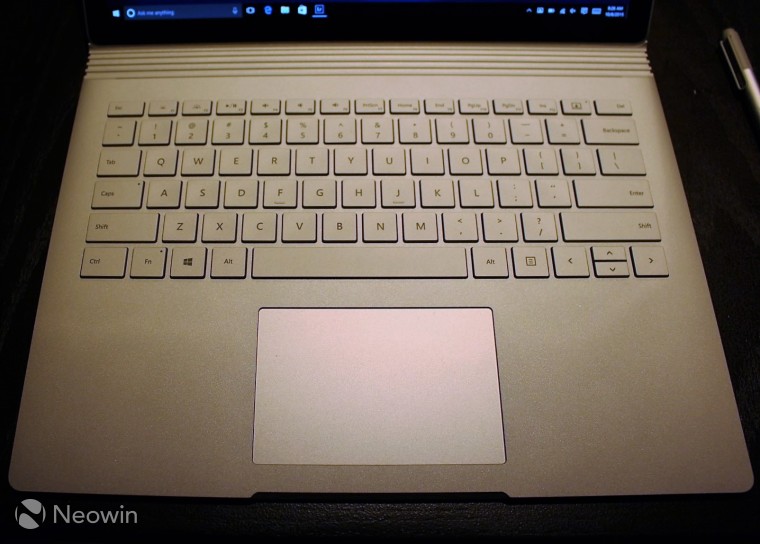 The Surface Book’s keyboard feels pretty good too – the keys are well spaced, although the spring of the keys felt a bit odd to me. That’s not necessarily a bad thing, though – indeed, it’s mostly likely the result of the ‘alien’ feeling that comes from switching to an unfamiliar keyboard, and I suspect that after a week or two of using the Book, such concerns would evaporate.

But despite only a brief hands-on with the Surface Book, it’s certainly my pick of Microsoft’s announcements today. It’s a new class of device for the company – and rather than simply follow the familiar notebook formula, it’s put an interesting spin on things with the detachable tablet portion, along with the added performance boost of the keyboard section. I suspect it will be a fairly niche device in terms of sales – particularly given its starting price of $1499 – but that makes it no less exciting.

But given the very limited time available to get my hands on the device today, I obviously can’t assess its performance in any meaningful way – and indeed the same goes for the Surface Pro 4.

If you’re familiar with the Surface Pro 3, the Pro 4 probably won’t raise your eyebrows. The new version is a welcome upgrade over its predecessors with 6th-generation (Skylake) Intel Core processors, and a slightly larger display with slimmer bezels, along with new features like support for Windows Hello password-free biometric authentication and log-in. But in terms of the overall design, very little has changed – not at all surprising, given Microsoft’s assurances in recent months that the new device would follow the path laid down by the Pro 3, with cross-generation support for accessories.

As someone who has purchased two Surface Pro 3’s, the new model feels reassuringly familiar – deceptively so, perhaps, given the under-the-skin upgrades that the device enjoys. We’ll have to wait until we can properly put the Pro 4 through its paces to determine if it will be a worthwhile upgrade for Pro 3 owners, but for those who have been considering buying a Pro 3 for the first time, the Pro 4 seems like a no-brainer.

The Pro 4 also introduces a new generation of Microsoft’s Type Cover keyboard, with a completely redesigned key layout. As a Pro 3 user, the new keyboard felt very strange – but I suspect that if I’d used my Lenovo Yoga 13’s keyboard recently, it might not have felt so unusual.

Each key on the Type Cover is now islanded from the others, rather than being densely packed as on the Pro 3’s Type Cover. This isn’t necessarily a bad thing, but in the few minutes that I tried to type on it, I made rather a lot of mistakes typing out ‘The quick brown fox...’ a few times. Again, though – just as with the Surface Book – it seems likely that this will simply be a matter of getting used to the new layout. 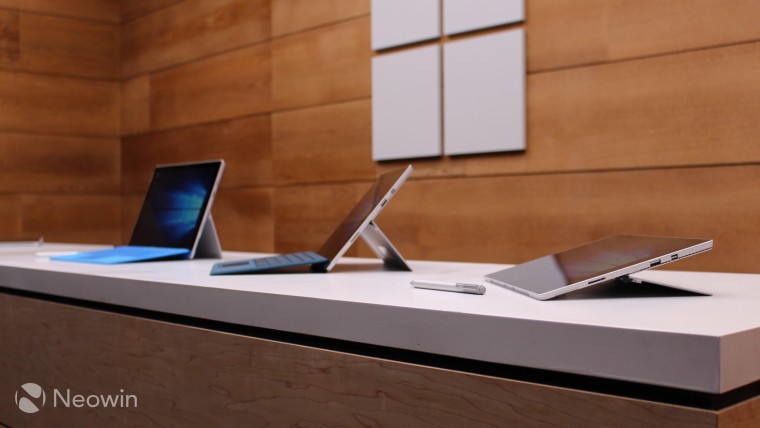 If you weren’t a fan of the Pro 3, the Pro 4 is unlikely to win you over, despite its welcome upgrades over its predecessor. But Microsoft is hoping that those buyers – who were never entirely convinced by the tablet + keyboard proposition of the Surface line – may be won over by the more ostensibly notebook-like Surface Book.

We’ll have to see how that plan works out – and whether or not the new devices are as good as they appear – but after my brief time with the Surface Book and Surface Pro 4, I can’t wait to put them to the test in the real world.