Motorola unveiled their latest smartphone, the Motorola ATRIX. This powerhouse of a smartphone packs a dual-core 1Ghz Processor, 1GB of RAM and 16GB onboard storage space attached to Motorola's qHD screen technology that all results in a very quick and smooth Android 2.2 user experience. As typical for Motorola, they've loaded the phone up with their proprietary MotoBLUR UI and also loaded the phone with tons of software functionality. 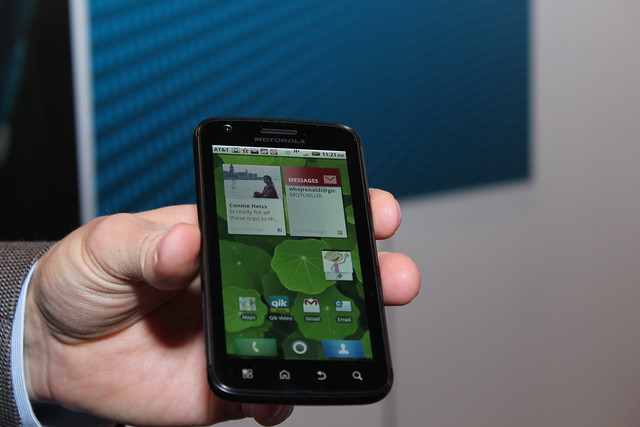 Not only was the device extremely snappy, but transitions remain smooth with multiple apps running. The horsepower seems a little bit overkill until it is revealed that this phone doubles as a netbook implementation when attached to Motorola's Laptop Dock (LapDock) accessory device. 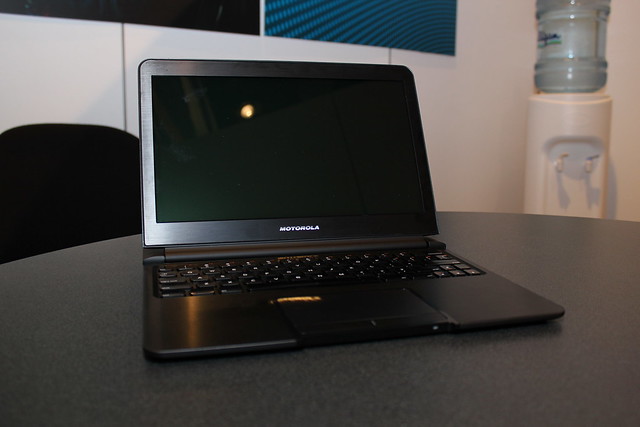 When coupled with the Laptop Dock, the ATRIX becomes a fully fledged netbook with all phone applications available as well as a standalone implementation of Mozilla Firefox. The UI is still just as snappy while running the Web Top app, the Tegra 2 processor really flies. Having a few Mozilla windows open as well as running a few of the Android apps didn't leave us feeling like there was a lack of processing power.

Motorola is also selling a standalone iPod-type-dock for the device which allows for HDMI output to a television as well as USB connectivity for peripherals; in essence turning the device into a nettop.

On the Enterprise side, Motorola has also developed, in conjunction with Citrix, an App for connecting to remote Windows Desktop. The interface was surprisingly quick, and definitely beat RDP on my 15 inch 2008 Macbook Pro. 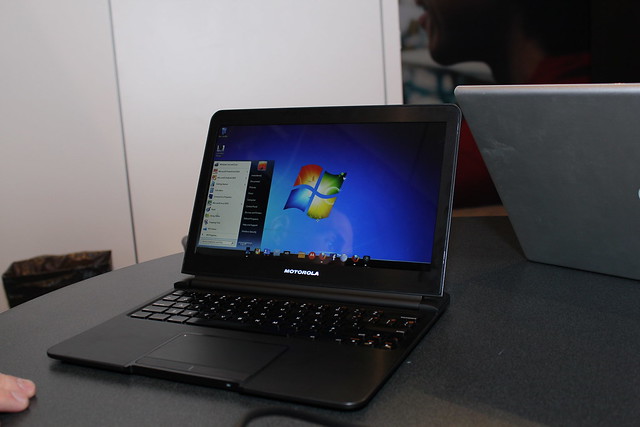 Media wise, the phone features a 5 megapixel camera capable of shooting 720p video, expandable storage up to 48GB and a 4.0 inch qHD screen. The 1930 mAh battery promises strong performance, and the dock also includes its own 36 wH battery packed up next to its 11.6 inch screen promising 8hrs of battery life.

Media playback is also smooth, with the demonstrated 1080p video showing no signs of stutter or playback blips. Unfortunately we didn't get to test out the camera.

The phone will be available Q1 of this year on AT&T in the US, Bell in Canada and Orange in the UK. There are no pricing details as of yet.