Way back in July 2013, Micromax announced that it was planning to join the Windows Phone platform, and just a few days ago, it emerged that the long wait would soon be drawing to a close. Indeed, the wait is now over, as the company today announced two new Windows Phones, becoming the first Indian manufacturer to launch handsets based on Microsoft's mobile OS. 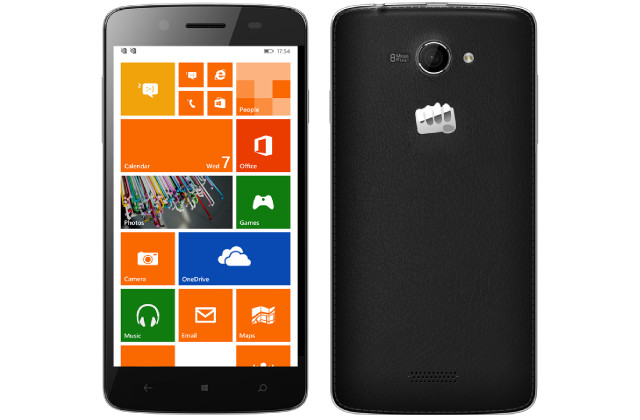 The Canvas Win W121 is the larger of the two devices, with a 5-inch HD (720p) IPS LCD screen. It features a quad-core 1.2GHz Qualcomm Snapdragon 200 CPU, along with 1GB of RAM and 8GB of storage, along with a microSD slot that supports cards up to 32GB. A 2000mAh battery keeps everything running, while an 8MP rear camera (including flash) and 2MP front-facing camera are also on offer.

It additionally features proximity, gravity and light sensors, and an accelerometer, and will also come with a 'leather finish back panel'. All this, along with dual-SIM support, are included in the W121 for Rs.9,500 INR ($158 USD). 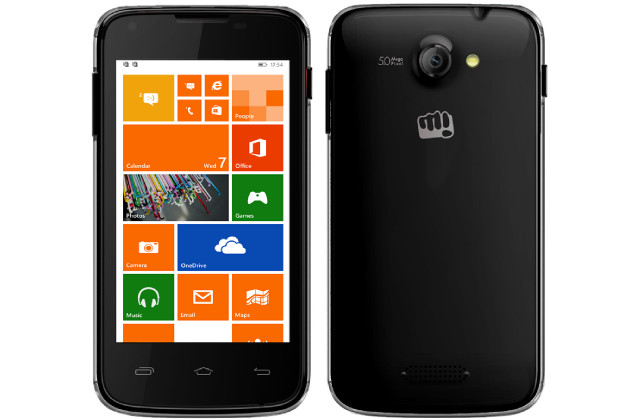 Like its bigger brother, the W092 also includes 1GB of RAM and 8GB of onboard storage, along with a microSD card slot (up to 32GB). It will go on sale priced at around Rs.6500 INR ($108), making it the most affordable Windows Phone ever at launch.

Curiously, the image of the Canvas Win W092 shown above - released by Micromax, and featured on Microsoft's Windows Phone Blog today - shows Android buttons on the handset, rather than the trio of familiar Back, Start and Search buttons that a WP device should have. Oops.

We expect Micromax will have that fixed by the time both devices are ready to launch in early July. The company's domestic rival XOLO, which launched its first Windows tablet last week, is also expected to release its first Windows Phones at around the same time. The first XOLO Windows Phone is rumoured to be the 'world's lightest smartphone', weighing just 100g.