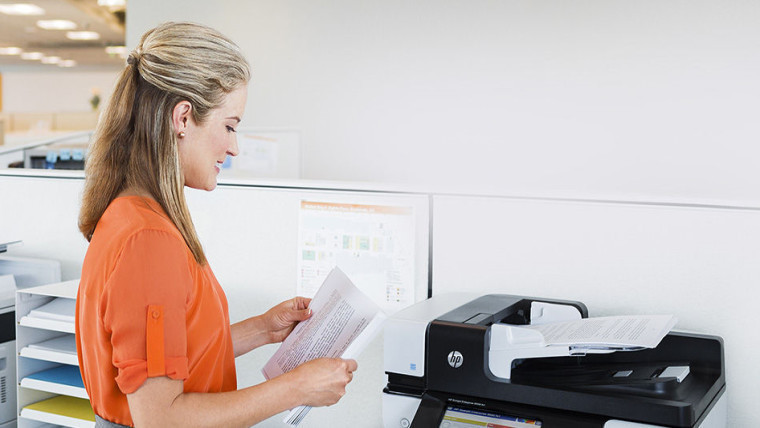 Last week, it emerged that HP had pushed a firmware update to some of its printers that suddenly forced 'unofficial' third-party ink cartridges to stop working, telling owners that the cartridges "appear to be damaged", and instructing users to replace them with new ones.

HP admitted that the error message had been pre-programmed into the printers' firmware, and that it was intended "to protect the printers and to protect the communication between the cartridge and the printer". Unsurprisingly, many its customers were outraged by its actions.

Indeed, the growing resentment among its customers has prompted HP to offer them an olive branch - but despite agreeing to allow those affected printers to use third-party cartridges again without interference, the company is continuing to defend its actions, and is leaving the door open for a similar move in the future.

In a blog post titled "Dedicated to the best printing experience", HP acknowledged that "there is confusion in the market regarding a printer firmware update". It explained:

We updated a cartridge authentication procedure in select models of HP office inkjet printers to ensure the best consumer experience and protect them from counterfeit and third-party ink cartridges that do not contain an original HP security chip and that infringe on our IP.

The most recent firmware update included a dynamic security feature that prevented some untested third-party cartridges that use cloned security chips from working, even if they had previously functioned.

It is important to understand that all third party cartridges with original HP security chips continue to function properly.

HP also acknowledged: "We should have done a better job of communicating about the authentication procedure to customers, and we apologize."

It's worth highlighting the fact that HP's apology was not for the action of suddenly preventing fully-functioning cartridges that customers had paid for from working properly, or for misleading its customers by telling them that a working cartridge was "damaged". Rather, the company's apology applies singularly to its failure to communicate with its customers.

HP now says that it will allow its customers to use the third-party cartridges that they've purchased again. "As a remedy for the small number of affected customers," it said, "we will issue an optional firmware update that will remove the dynamic security feature. We expect the update to be ready within two weeks and will provide details here."

But the company isn't ruling out using the same methods again in the future, as it explained:

We will continue to use security features to protect the quality of our customer experience, maintain the integrity of our printing systems, and protect our IP including authentication methods that may prevent some third-party supplies from working.

And to avoid any possible doubt, Ars Technica asked for further clarification, and was told by a HP spokesperson that the company reserves the right to push similar firmware updates to its printers in the future to prevent third-party cartridges from working.