"Imitation is the sincerest form of flattery." That seems to be HP's reasoning for announcing a new Windows 8.1 notebook, the Pavilion x360, that has a display with a hinge that lets users flip it nearly 360 degrees and use it in a variety of positions, such as "tent mode" and "stand mode". 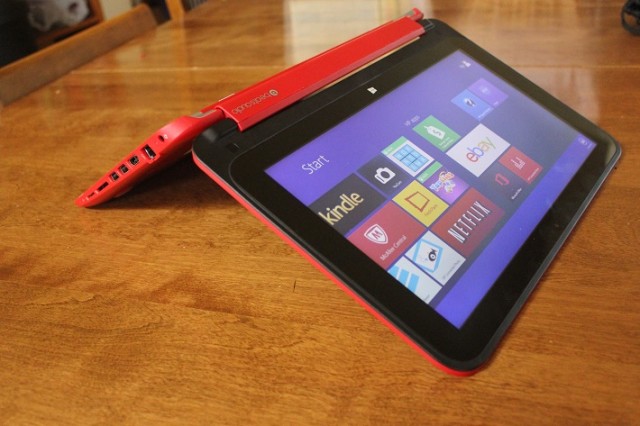 HP's entry into this laptop sub-genre will have an 11.6 inch screen and a 1366x768 resolution. The Next Bench blog states that it will have an Intel Bay Trail processor, along with 4GB of RAM and a 500GB hard drive. The starting price for the Pavilion x360 will be $399, although there will apparently be options to upgrade the processor, memory and hard drive for higher prices. There's no word on its battery life yet.

The laptop is expected to start shipping on February 26th and will come in a red color, although a silver version is due for release sometime later.