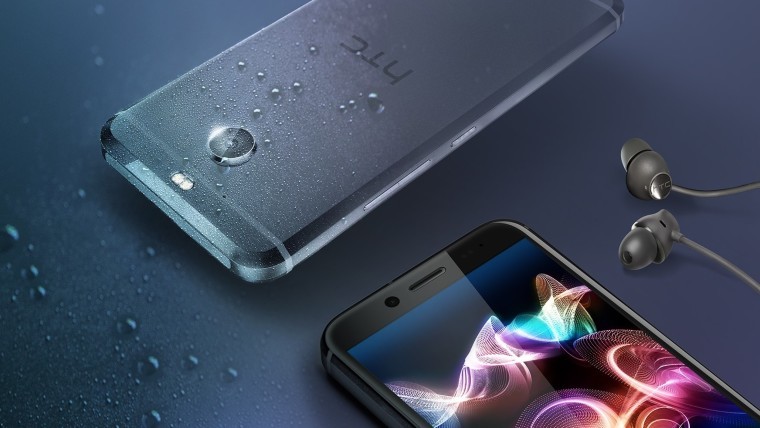 HTC, which was just yesterday denying it was leaving the smartphone market, has just unveiled a new device in its international line-up, dubbed the HTC 10 evo. If that sounds a bit familiar, it’s because the Evo was the company’s previous flagship at the start of the year. This is a new device however, which comes with a curious mix of high-end and mid-range specs, making it a very curious addition.

Earlier this month, HTC unveiled a new handset in the US, called HTC Bolt, destined exclusively for Sprint. Now that phone has gone international, under the moniker HTC 10 evo. The device comes with an interesting mix of specs, including a 5.5-inch Super LCD 3 screen, with 2560 x 1440 resolution (QHD) and Corning Gorilla Glass 5 to protect it from scratches and marks. The device also comes with 3GB of RAM, a 3200mAh battery, a 16-megapixel camera with optical image stabilization, and microSD card support. There’s also an IP57 rating, meaning the HTC 10 evo is water and dust resistant.

While all of that sounds very good, there’s a flip side as the phone’s internal memory is only 32GB, with around 23GB usable, and there's no headphone jack, with users having to rely on the USB Type-C port. The device is also powered by last year’s Qualcomm Snapdragon 810. This is a very strange choice for HTC, with the company choosing an old processor, that was plagued by overheating issues over its lifetime. Given that flagship phones today are using the Snapdragon 821 SoC, the reliance on such an old system leaves the HTC 10 evo in a weird position in the market.

The new handset does come with Android 7.0 Nougat straight out of the box with the company’s latest Sense UI overlaid on top of the OS.

The new HTC 10 evo will be available directly through HTC’s website, in most places around the world, though exact pricing hasn’t been announced just yet. Its US variant is currently retailing for around $600 without contract.