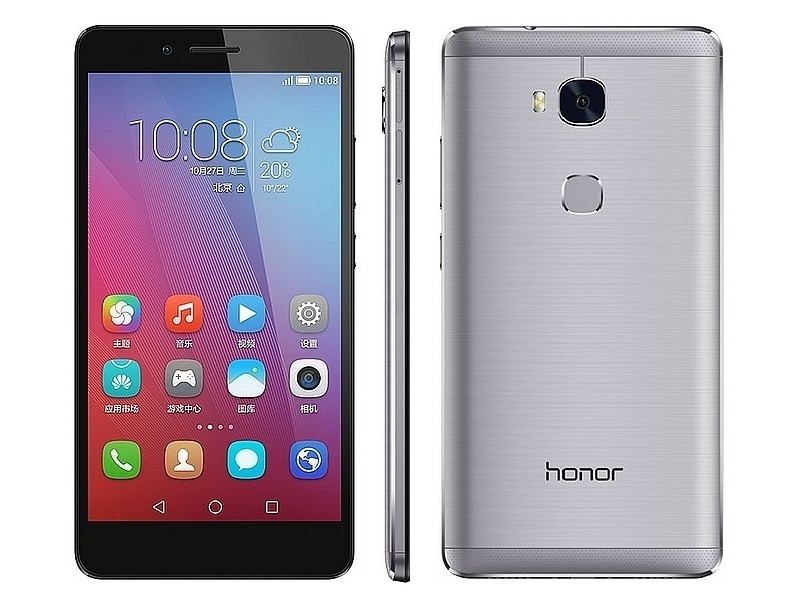 Huawei announced today at CES that its eBrand spin-off company 'Honor' has unveiled the honor 5X for sale in the United States from the end of January. You may remember back in May when we reviewed the Honor 6 Plus, and called it "the best phone you've probably never heard of." due to its decent specs and sharp pricing, the honor 5X is no different.

Coming in at $199, the phone offers the following specifications:

Also around the back you'll find a fingerprint sensor that Huawei claims to boast a "0.5-second unlocking time." It certainly looks like the margin on features and quality are shrinking, with premium internals at a relatively low price point.

Although the press release states that the honor 5X will be available in three colors – gold, silver and grey – via Amazon.com, Newegg.com and HiHonor.com/us for $199.99 from January 31, it can already be ordered from $232 on Amazon in the US if you don't want to wait until then.