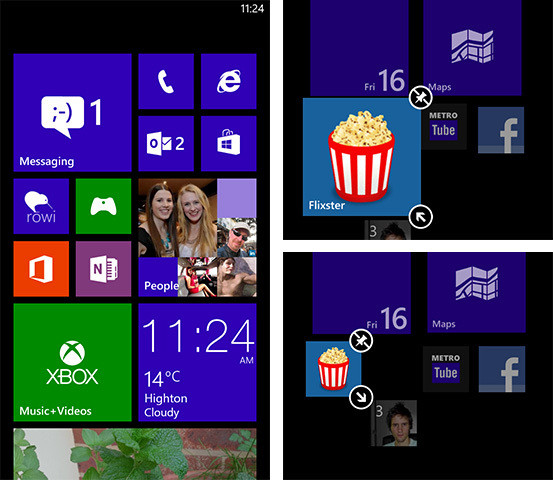 Last week, as part of Microsoft's annual shareholder meeting, company CEO Steve Ballmer stated the total sales of Windows Phone devices for the month of November were four times greater than the sales during the same period last year. While Ballmer offered no specific sales numbers, at least one research firm is predicting that Microsoft's total share of the smartphone market will increase quite a bit in the next few years.

IDC's newest research report claims that by 2016 Microsoft's market share in the smartphone market will be up to 11.4 percent. That may still look small, but it's huge compared to the company's current 2.6 percent share in that business. By comparison, Apple's iOS is expect to grow slightly, from 18.8 percent now to 19.1 percent in 2016.

Google's Android OS, which IDC says has a massive 68.3 percent of the smartphone market right now, is expected to shrink slightly to 63.8 percent by 2016. Research in Motion's Blackberry OS is predicted to stay about the same, with IDC predicting it will amount for 4.7 percent of the market in 2016, compared to 4.1 percent in 2012.

So why the optimism for Windows Phone's chances? IDC states:

Windows Phone will build on the progress it made in 2012, with Nokia establishing its presence and HTC solidly jumping back into the race. Moreover, contributions by Samsung, ZTE, and Huawei will help grow its footprint. With more vendors releasing more devices aimed at multiple segments, sales associates will be better positioned to tell a compelling Windows Phone story and to explain the value of Windows Phone's differentiated experience compared to market leaders Android and iOS.

We will definitely look back at this story in four years time to see if IDC got its prognostications correct.