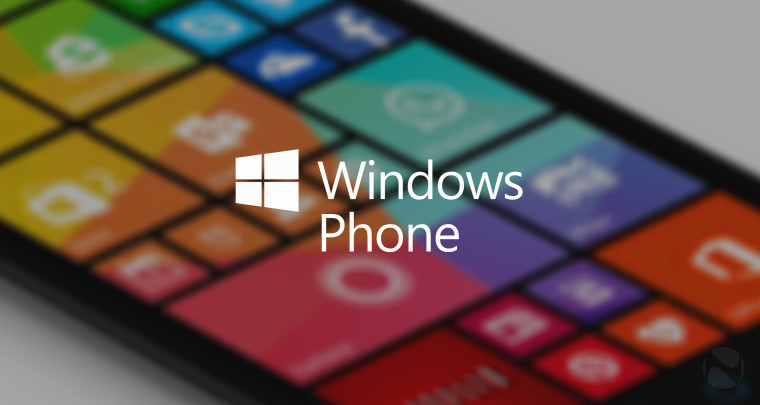 Global smartphone shipments have increased to 1.3 billion in 2014 growing over 26.3% compared to last year. That’s one of the big takeaways from IDC’s latest report on the mobile ecosystem. The same analysis predicts that global shipments will continue to grow, despite slowdowns in the second half of the decade, to reach 1.9 billion in 2018.

Leading the charge for global smartphone sales will obviously be the job of Google’s Android OS which currently accounts for an approximated 82 percent of the market. That translates to just over one billion units shipped. iOS comes in second with 178 million units and a 13.8% marketshare and Microsoft’s Windows Phone cleans up the bar at the end of the night with 35 million smartphones and 2.7% marketshare at the end of 2014. 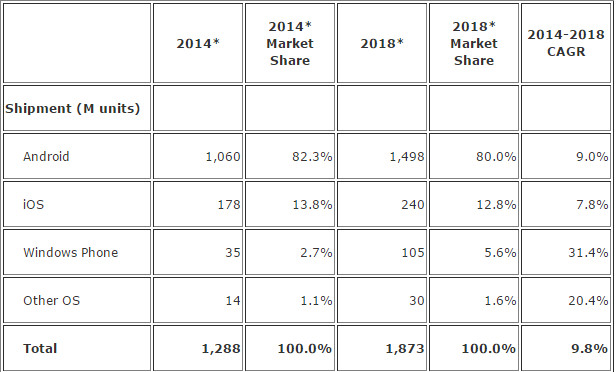 All of these types of handsets are expected to continue selling in large quantities by 2018 when the current predictions end. Android will bolster its numbers by another half a billion devices, while iOS will see slower growth only accounting for 240 million iPhones. Finally Windows Phone will see significant growth breaking through the 100 million ceiling and doubling its marketshare to 5.6% in the process.

Finally IDC explains that despite the supposed doubling of the market size, revenue from smartphones will decline significantly as competition in the low and mid-range sectors is driving a race to the bottom.

The current global average selling price stands at $297 per handset but according to IDC’s predictions new players, such as Xiaomi and OnePlus, combined with cheaper, better technology, will force that price down to a global ASP of $241 in 2018.

While the general trends outlined in this report seem to make a lot of sense we wouldn’t put that much faith in long-term predictions from analysts. After all, IDC is the same company that was predicting 20% marketshare for Windows Phone by 2015.

Data and Chart via IDC