While we now know that Microsoft will only provide support for the new OS to the processors from both Intel and AMD that are in its list of supported CPUs, the company also stated that users on unsupported systems could still go ahead with an install using ISOs if they are interested. But this in return would leave their systems in an unsupported state.

It has been reported that this unsupported state may even mean that such PCs won't also receive critical security updates. So when a user does want to upgrade to Windows 11 from such existing systems, the following formal agreement, or something similar, would be popping up. 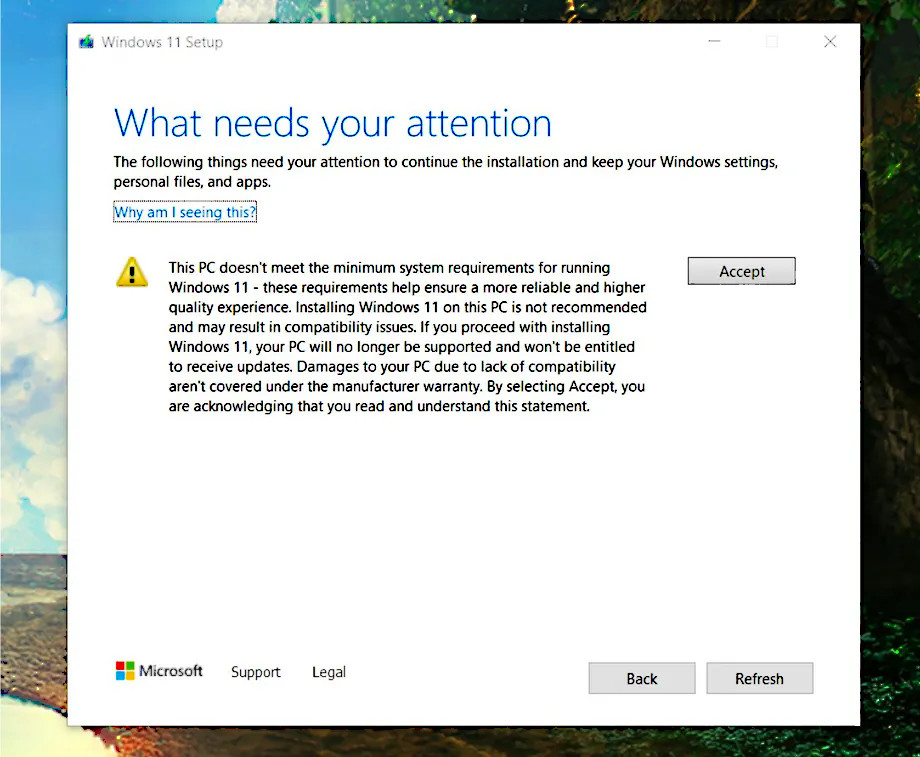 Essentially, in the terms, Microsoft seemingly has clarified that such unsupported systems being upgraded to Windows 11 are not eligible for further updates, stating these PCs "will no longer be supported and won't be entitled to receive updates". It still isn't clear though whether this would also include crucial security-related updates too.

It has been a bumpy ride as far as messaging about unsupported hardware goes, in fact the minimum hardware requirements changed again at the end of August, so it is still possible that the messaging and waiver could still change before or after the release of Windows 11.

For those wondering if their systems are Windows 11-ready or not, the firm launched an updated PC Health Check app version 3.0.210914001 a couple of days ago that will let users know. You can read more about it here.