Earlier this month, Microsoft unveiled three new Windows 10 Mobile devices: the Lumia 550, 950 and 950 XL. Reports in recent months have indicated that further handsets were also in development, but may have been ditched as a result of the company's decision to significantly reduce its range of mobile devices.

One such device has reportedly been revealed in a 'leaked' image - but things may not be quite what they seem. 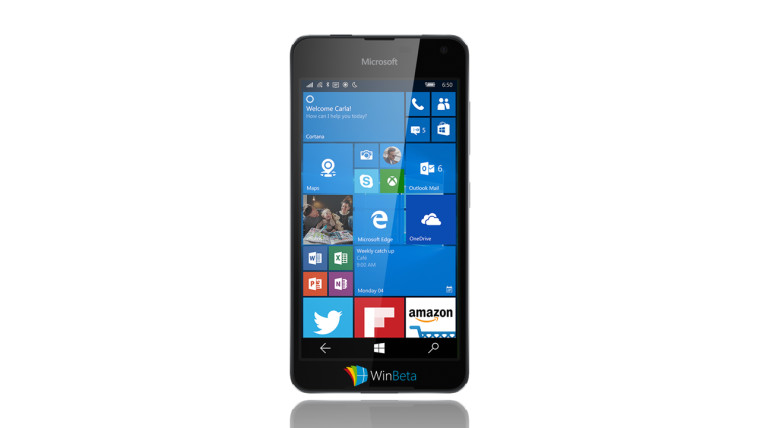 The image was published by WinBeta, and the device is said to be codenamed 'Saana', although earlier reports indicated that this development codename had been assigned to a replacement for the upper-mid-range Lumia 830. However, based on the time shown on the render - 6:50 - it's been speculated that the handset is destined to be called the Lumia 650, which would suggest that the device is aimed at the lower end of the market.

That's based upon the well-established practice of Nokia/Microsoft setting the time on its hardware renders to match the device name - although that's not an entirely reliable indicator, as Microsoft has produced any number of renders that don't follow this rule.

There are other concerns with the image itself. For a start, it doesn't quite match Microsoft's house-style for device renders. Lumia handsets are generally not shown 'hovering' - images that show a handset at an angle are usually shown standing on a bright white surface, with soft shadows; and images showing a handset head-on either match the same style, or do not have a shadow at all. 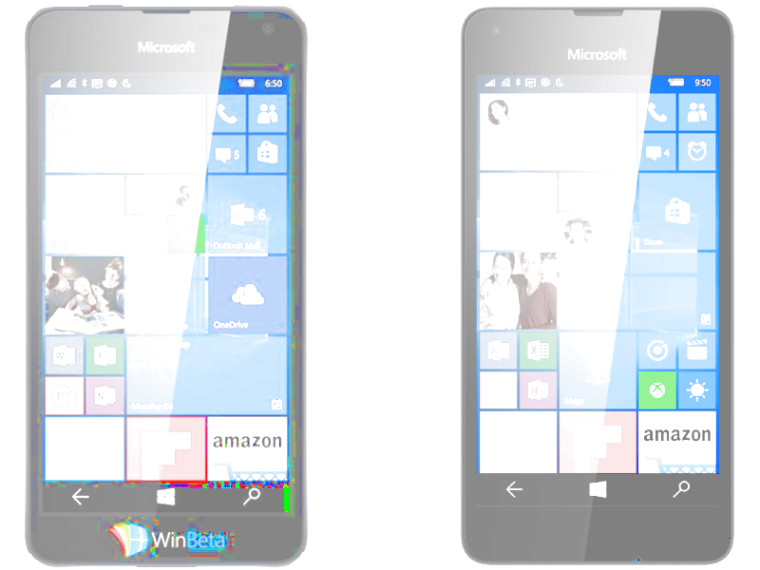 On top of this, the image appears to have some unusual artifacts when compared with other renders of Microsoft devices. Increasing the lightness of the 650 render (above, left) exposes various compression artifacts above the camera, at the top right of the display, down the right edge of the display, and - most notably - around the on-screen buttons at the bottom.

Such artifacts aren't visible in a similar render of the Lumia 550 (above, right). While we can't draw any firm conclusions from this, it's certainly possible that the artifacts visible on the 650 render are the result of the image having been edited after it was created (or to put this another way, changes may have been made to an existing, authentic image, to make it look like a new device).

Microsoft's new Lumia 950 and 950 XL flagships will go on sale next month, and the Lumia 550 will be available in December. However, for now, no further details are yet available regarding the 'Lumia 650'.

Update: WinBeta's Zac Bowden tells us that he chose to add the shadow effect himself, and that the unusual artifacting is the result of PowerPoint's JPEG compression, which he used to add the WinBeta logo.