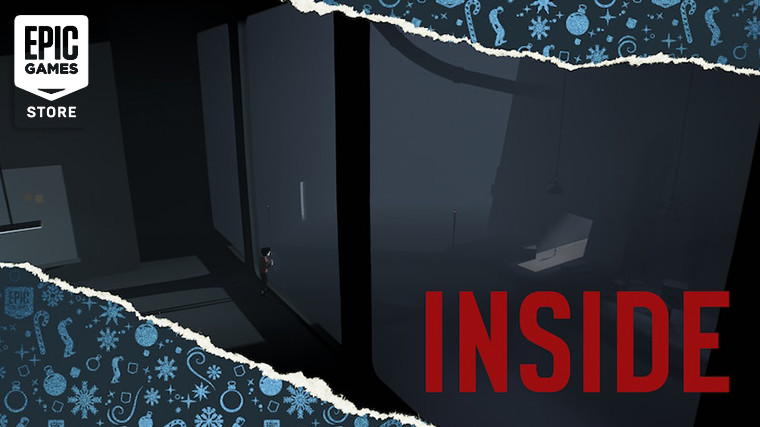 The eighth day of the Epic Games Store holiday giveaway promotion has arrived, and the replacement for Tropico 5 from yesterday is Inside. This is another game that has been given away on the store previously, specifically in August 2019. Though back then, a copy of Celeste was accompanying it as well.

Developed by the famed Playdead studio and released in 2016, Inside is a 2.5D puzzle platformer set in a mysterious dystopian world. The gameplay is similar to the studio's previous project, Limbo, offering simple controls for controlling the protagonist alongside a multitude of mechanical puzzles. The critically acclaimed title is often considered one of the best video games ever made.

Here are the game's minimum requirements:

Inside is available for free to claim until 11AM ET tomorrow, December 25. Keep in mind that there's an entire week of giveaways left on the store, while its unlimited-coupon hosting holiday sale is also ongoing.