For those looking for information about the next version of Internet Explorer, today has been a day. But what about the decisions that are still in flux, or were shot down prior to forking Trident?

While snooping around the Internet Explorer water cooler, we heard quite a few bits of information that are worth noting as they help paint a picture of what is happening internally at Microsoft.

The obvious question that we keep hearing is if Microsoft will ever switch to Webkit for its web engine and the short answer is, no, they are not switching engines right now. Our sources told us that the vote to switch from Trident to Webkit has come up several times and every time it does, it gets shot down. The general feeling is that the company is entrenched in Trident and jumping ship would result in significant backpedaling and unnecessary expense. 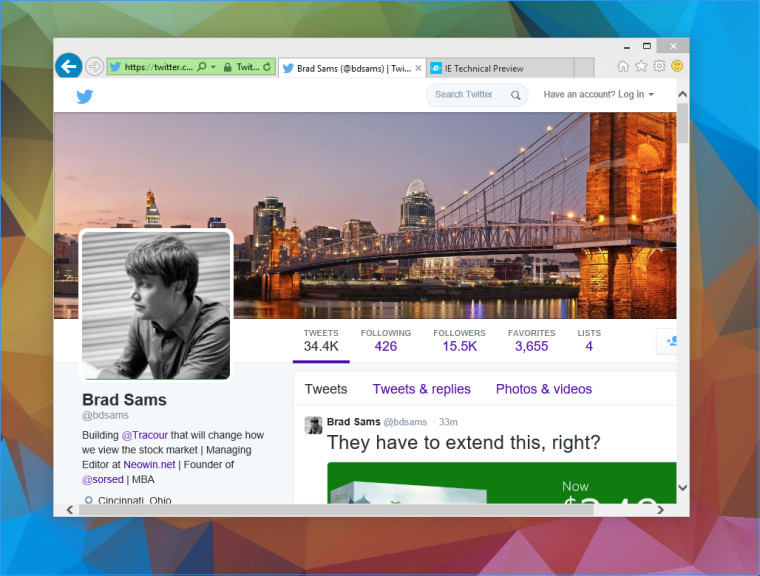 There is also the feeling that the web needs more than one more prominent engine. If everyone is using Webkit, then web standards are ignored as there is no reason to code to them as you only need to worry about Webkit. But with Trident, it reinforces that standards are important and that engines should adhere to standards not what Webkit deems is correct. And of course, you can't ignore that Google forked Webkit to create Blink to power Chrome, which means that vanilla Webkit is not as powerful of a force for creating standards as it once was.

And what about Chrome? That browser has been the leading cause of Internet Explorer's shrinkage of market share and it certainly has the mind share for many consumers. Our sources told us that management wants IE to be more like Chrome which likely explains why we saw visual parity between the new IE and Chrome when we got a peek at it back in September.

We haven't seen the browser in several months and it very well could look different today, but based on our prior knowledge, IE's new UI will be enough of an overhaul that it will look quite different than IE11.

The final bit of conversation we picked up on was that Microsoft had or is still possibly considering open sourcing Internet Explorer, most likely the Trident engine. While nothing has been decided, the conversations about the pros and cons of doing this have taken place.

While open sourcing any of Microsoft's IP used to seem like a crazy idea, the company has become considerably more open in the past few months and besides, what do they have to lose if IE went open?