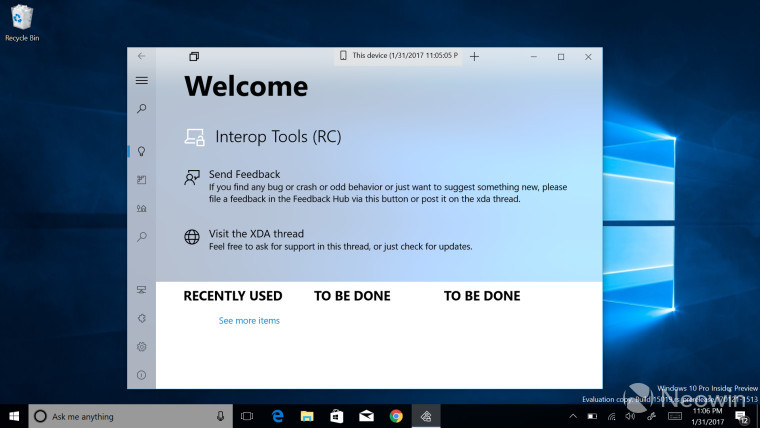 It was reported last November that Microsoft was experimenting with a new and improved design language that appeared to liken the current and modern Windows Metro with elements from yesteryear - the possible return of the beloved Aero Glass or perhaps even Zune.

Since the concept images leaked online, users on Reddit and other platforms were quick to adopt Project Neon by vocalizing their opinions and drafting their own interpretations in the form of mock-ups or concepts. This engagement and suggestions are nothing entirely new. The return of Windows Aero has remained one of the most up-voted requests on the Feedback Hub, and yet it appeared Microsoft was listening to the feedback.

The latest Insider Preview build 15019 introduced some early Project Neon APIs and elements. With access to new tools, one intrigued developer built an app called Interop Unlock Tools. With the latest update, the developer managed to take advantage of the new set of APIs to give users a glimpse of what developers may be able to achieve with their own applications once Project Neon finally arrives.

Check-out the video above that demonstrates Project Neon's working capabilities. If you are a little more impatient or perhaps rather eager to take the app for a spin you can download the preview build of Interop Unlock Tools. Keep in mind, you need to running Insider Preview build 15019.