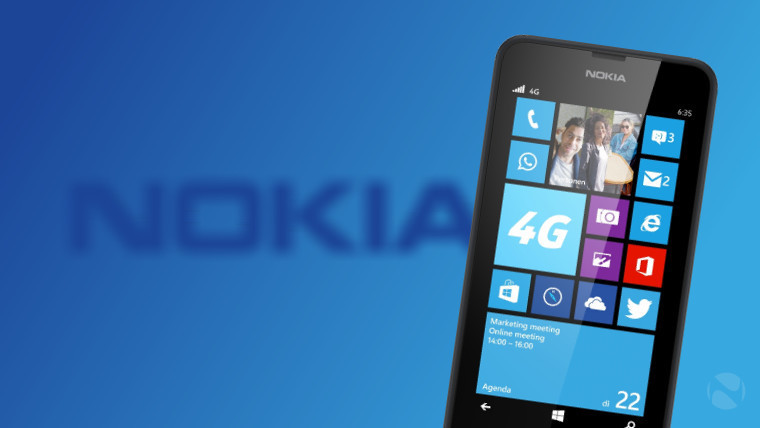 Just a couple of weeks ago, Cricket Wireless was offering three different Lumias for sale. As of today, the only Windows phone that's being sold on the AT&T-owned carrier's website is one that you wouldn't expect: the Nokia Lumia 635.

It's been a tough month for fans of Microsoft's Lumia line of handsets. Earlier this month, the Lumia 650 and 735 were removed from the Microsoft Store, and the next day, Cricket stopped selling the 650. On top of that, AT&T also removed its listing for the Lumia 950, leaving just refurbished models.

But Cricket Wireless was still selling the Microsoft Lumia 640; that is, until today. If you head over to the carrier's website and click "Shop Smartphones" and then select the Manufacturer dropdown menu, you'll find that Microsoft isn't even listed anymore. There is one familiar name that Windows phone users will recognize though, and that's Nokia.

The Lumia 635 will turn three years old in April, and the Nokia branding should speak to its age, as Microsoft bought the company's Devices and Services division shortly after the phone launched. While it only costs $19.99 with activation (for reference, the 640 was $29.99 and the 650 was $49.99), the phone has a 4.5-inch 480p LCD, a 1.2GHz quad-core Snapdragon 400 chipset, a 5MP rear camera with no flash, and no front camera.

On top of all of that, the device only has 512MB of RAM (there were 1GB RAM variants made, but this isn't one of them), which means that it's not eligible for an upgrade to Windows 10 Mobile. It will ship with Windows Phone 8.1, and you won't see a system update ever again.

If you're interested in grabbing a Nokia Lumia 635 from Cricket, you can find it here.