Following the recent leaks of promotional materials including displays and posters, it appears the box art for Call of Duty: Black Ops 2, the suspected next game in the franchise, has leaked. The news comes from an anonymous Twitter account that provides updates on the Call of Duty franchise, @MW3Updates. The tweet which revealed the supposed box art is as follows:

Supposed promotional Black Ops 2 case. What do you think, legit or fake? 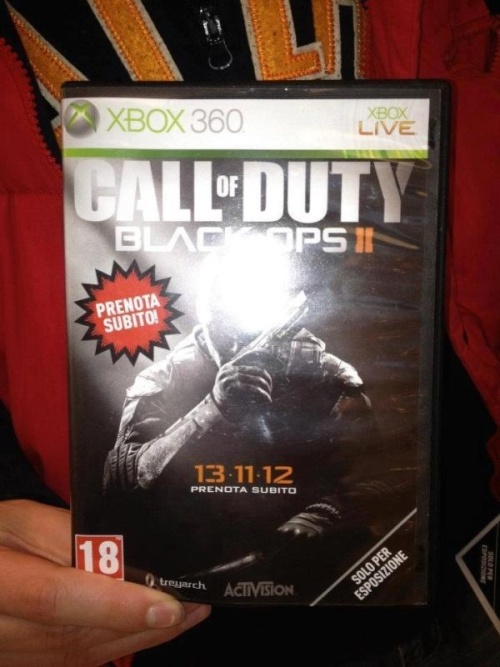 According to Kotaku, the box art appears to be a display copy for a European version of the game, with "Reserve now" and "Only for display" written in Italian. Additionally, the 18-and-up rating from PEGI, the European game rating organization, appears in the lower-left corner. As Kotaku notes, however, the box isn't the typical green case used for Xbox 360 games, although display boxes sent to retailers don't always use that case.